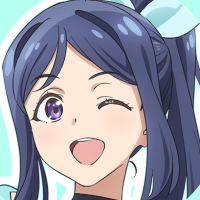 hi hi!! this is my first time posting here, but i love !! this series a lot :> best girls are umi, kanan, you, etc and i ended up tiering for the sailor umi event on sifas en!! nice to meet you all :D 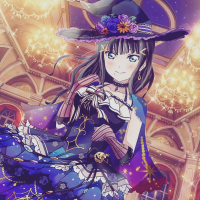 Did I tell anyone that I love Eli? 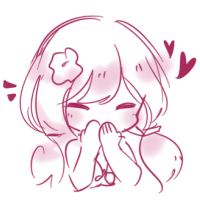 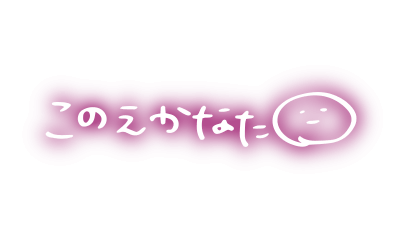 I am a new person to Idol Story who has decided to do an Introduce Myself post! Nice to meet you all!!

I used to play JP All Stars, but once EN All Stars came out, I deleted it for two reasons, one being that theres an english version now and two, to free up storage aha. I also play other rhythm games such as BanG Dream! and occassionally Tokyo 7th Sisters.

I am a huge fan of Kanata, along with Yoshiko and Rina! All precious beans that we don't deserve on this planet,,, :'D

I am currently saving up for the Kanata UR on EN All Stars! At this moment of time, I have enough for one pull (699 star gems).

I might not post much on here, but I'll mainly be lurking around aha! Hope I can get to know you all better!! :D 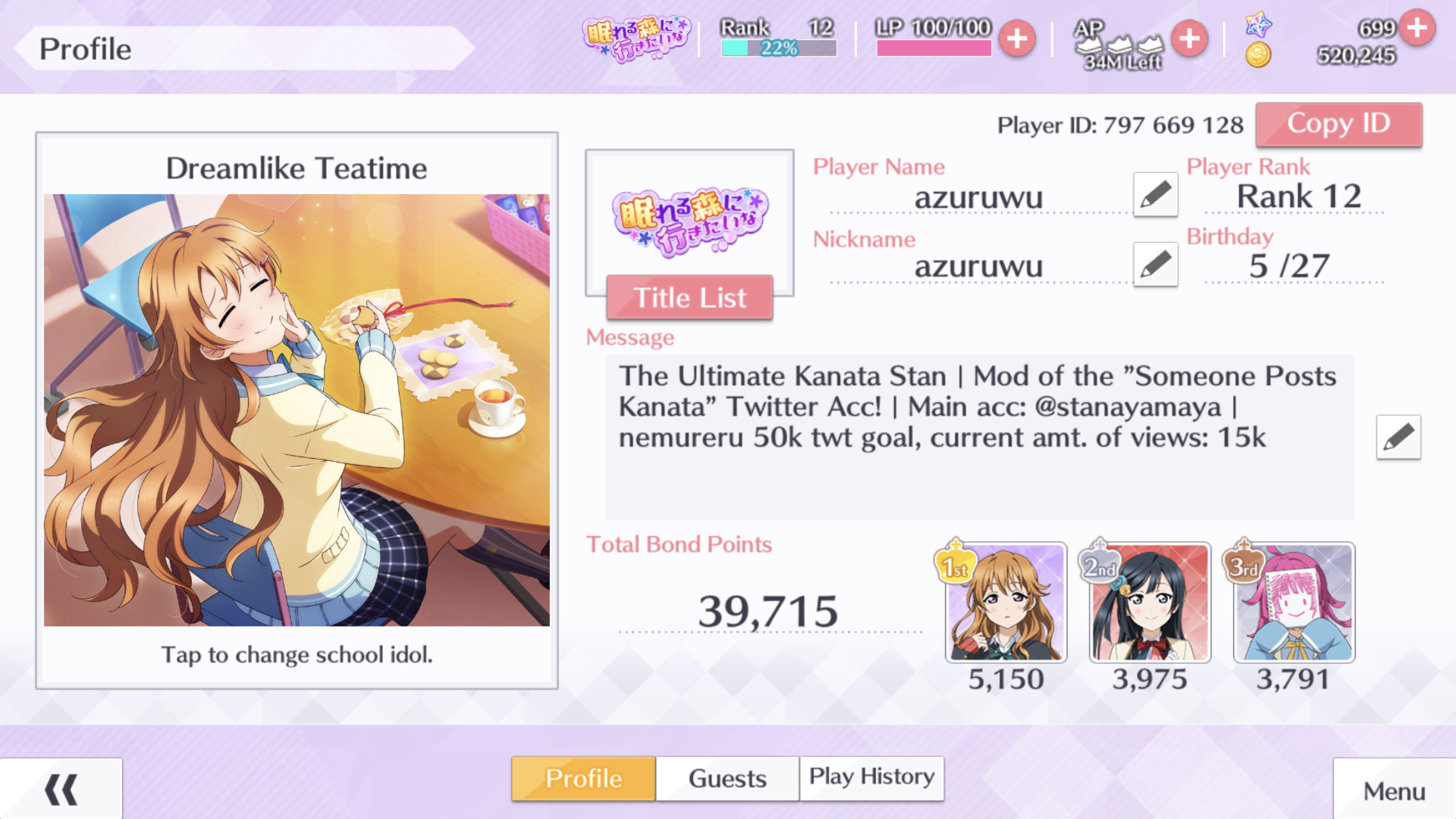 #All Stars #Introduce yourself 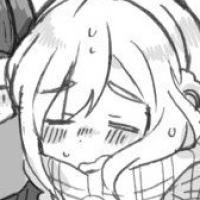 hi my name is angel!! i’m 17 i’m a big lesbo and my best girls are hanamaru honoka and kanata 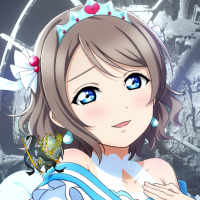 So I own a set of those Tarot cards she uses in the show and use it from time to time usually before a game session to predict an outcome of a match.

As seen below. As well as press 'More' for the story. 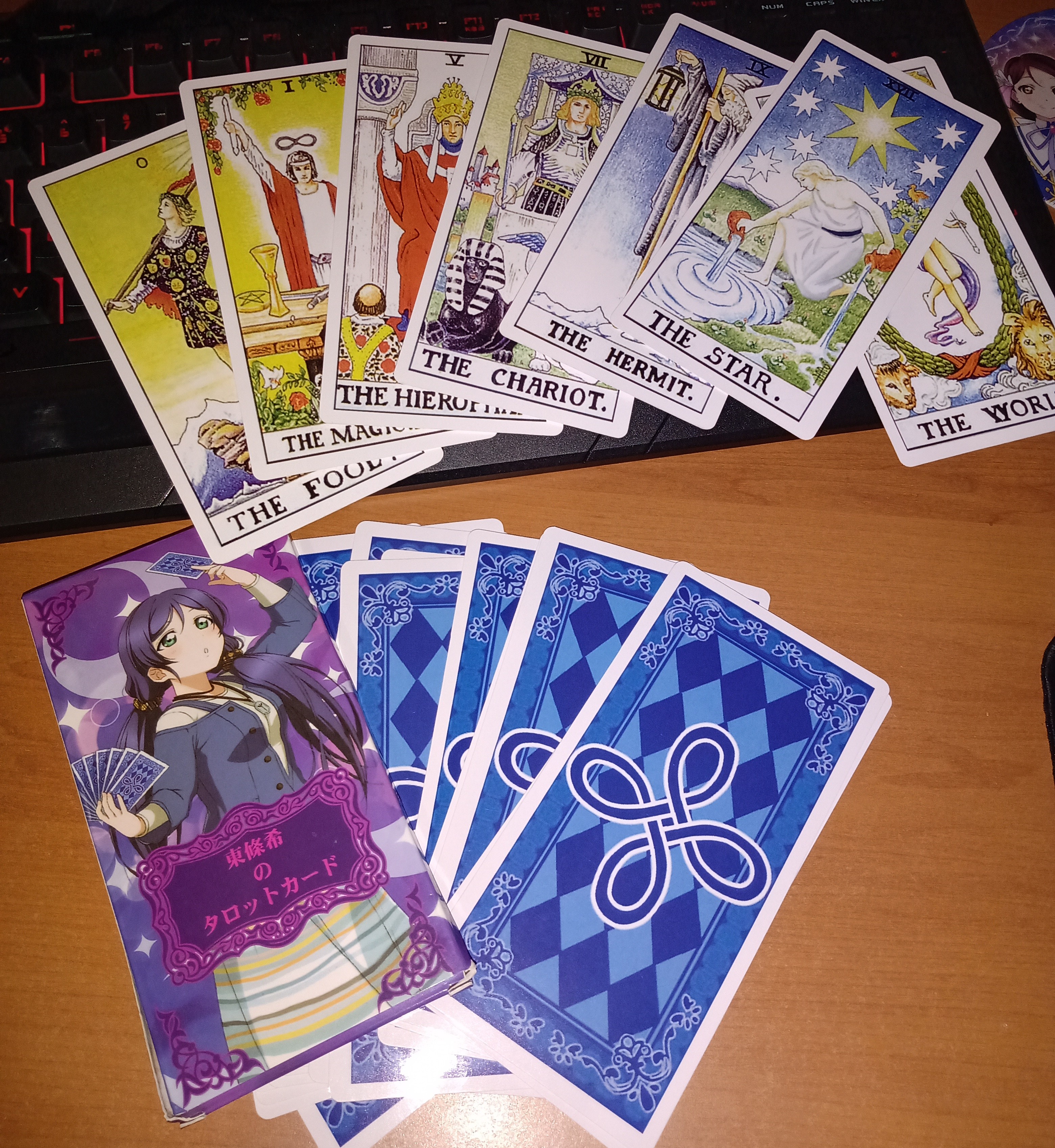 Back during DEC 2017 to early 2018, I was on my shitty laptop to play games before I got the monster rig I have now to play games and a mate and I wanted to try out the newest and coolest game currently out at the time. You could probably guess it was that game known as PUBG or PlayerUnknown's Battlegrounds; everyone should know about that game since no one would shut up about it for years to come, if you don't; count yourself blessed by Nozomi or Yohane themselves cause the game sucks, it's a buggy, unstable piece of trash and I'll leave it at that. Now back to the Tarot cards, I like any sane person I told my mate, "Hey, I got those Tarot cards; wanna use them and see the outcome of our match" and he was like "Yeah sure" paraphrasing of course. So baiscally I drew and got the card 'The Chariot' [Cough SILVER CHARIOT!] The card meanings:

'Action & Change, a Journey or Vehicle'

if drew Rightside up

if in drew in Reverse.

I don't remember which way I drew the card but I'll get to that in a bit.

So after drawing the card my mate and I start playing the game and land in a run down little city with no one else around; we run around for about 12 minutes as he calls out to me, "Hey I found a quad, lets take it to get closer to the ring" I agreed and got on the back. A Quad is also known as a Quad Bike or ATV, which is a vehicle.

Basically we drove around for all of 12 seconds as my mate hits the side of a small wire fence and suddenly we get launched 150 feet into air like we're a rocket for the NASA space program and come straight back down towards the ground killing us both, Ending that match. We both laughed as my mate kept speaking out, "the card, it was the card!" I guess it actually predicted a slight future of that it sent us to space and back; must have been the 'Travel Issues' part of the reverse meaning.

I've never been much of a spiritual person but I see that moment of proof that Nozomi is good at the she does and that she really is the spiritual goddess. 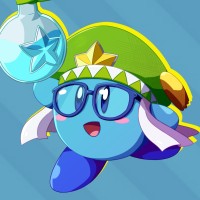 Hi, this is my first post here! I'd like to submit this drawing I made for Nozomi's birthday that I originally posted on Twitter for her party event here on Idol Story. I based it on a pair of memes, hope you enjoy it! My original tweet: https://twitter.com/NerdKirby/status/1270387878011588612?s=20 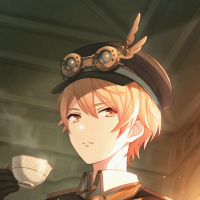 Hello there! I'm Rena, the new SIFAS EN player and LL & Bandori editor. I mainly post stuff in my VK group but may post something here, from time to time (^˵◕ω◕˵^)

P.S. English is not my first language since I am from Russia, so I apologize for small mistakes (//▽//) Hello, Little beans! Am TwinklingRose! But they call me April.

Am in the banpa community to! My user is the same of here!

I won’t be posting here really a lot

#Introduce yourself #Not about Love Live! 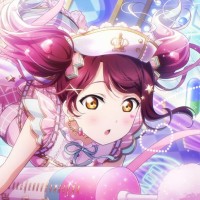 I have already published some memes before, but this is my first "official" post, delighted! 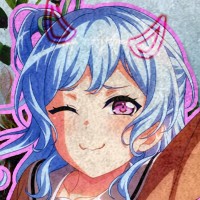 Hello! I am new to this site. My name's Ver. I would like to meet new SIFAS players.

Also, here's a BM Yoshiko transparent version. I recently did this for a friend who wanted a wallpaper for Yoshiko. :)

Hey guys. Im so happy to join this community. Im a Boy btw xD and my name is Mamad. Well i am fan of love live for more 9 years. I have watched so many animes with more than 500 episode like Naruto. for me idk why but love live is my best. You can see friendship between them. How they try to reach their goals. And so many things. Anyway i play llsif and all stars. My best girl is Umi. Dia from aqours. I cant pick just one song because i love 99% of songs xD also my birthday is between Honoka and Chika. So i have 3 days birthday in a row xD i watched ll just because of Nico tbh. She isnt my best girl but Nico Nico niiiiiiiiii xD hope we can enjoy this and have fun! 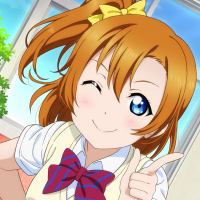 Hi. My name is Sandika You can call me Dika. I'm from East Java,Indonesian. I'm not good at socializing and so boring(That's why I suggest not to befriend me). I created an account here just wanting to know the news about Love Live !. I play SIF, I haven't been able to play SIFAS because there is very little memory left. If you want to get buff helps on SIF, just add friend request to me. I'll accept it right away as long as my friendship list isn't full. Even though my card might not be good, but I hope it helps. My SIF WW ID: 568485176