Overall Printemps is pretty lacking, but you gotta give 'em props for going out with a banger. I don't love Printemps (I don't hate them either), but a lot of their songs are just *not good*. It also feels like Honoka doesn't fit what Printemps aesthetic, but that isn't relevant here lol. Puwa Puwa-O! is a weird song, albeit catchy as all hell. And while I wouldn't say that it's underrated, I don't see many people talk about for whatever reason.

It was pretty difficult trying to narrow down songs for BiBi because, let's be honest, they all slap pretty hard. However, to me, BiBi wouldn't be the group that they are without PSYCHIC FIRE; this song is really what defines BiBi imo. A very popular song to be sure, but boy is it fire! You really just can't go wrong with PSYCHIC FIRE. A very close second, and another all time favorite of mine goes to Saitei de Saikou. It's unfortunate that we never got a life performance or something in SIFAC like other songs that haven't been performed live (HEART to HEART! and Arashi no Naka). I'm hoping that maybe, just maybe with the SIFAC port that they'll add extra content like that, but I doubt it :(.

lily white: Literally every song except Kimi no Kuse ni!. 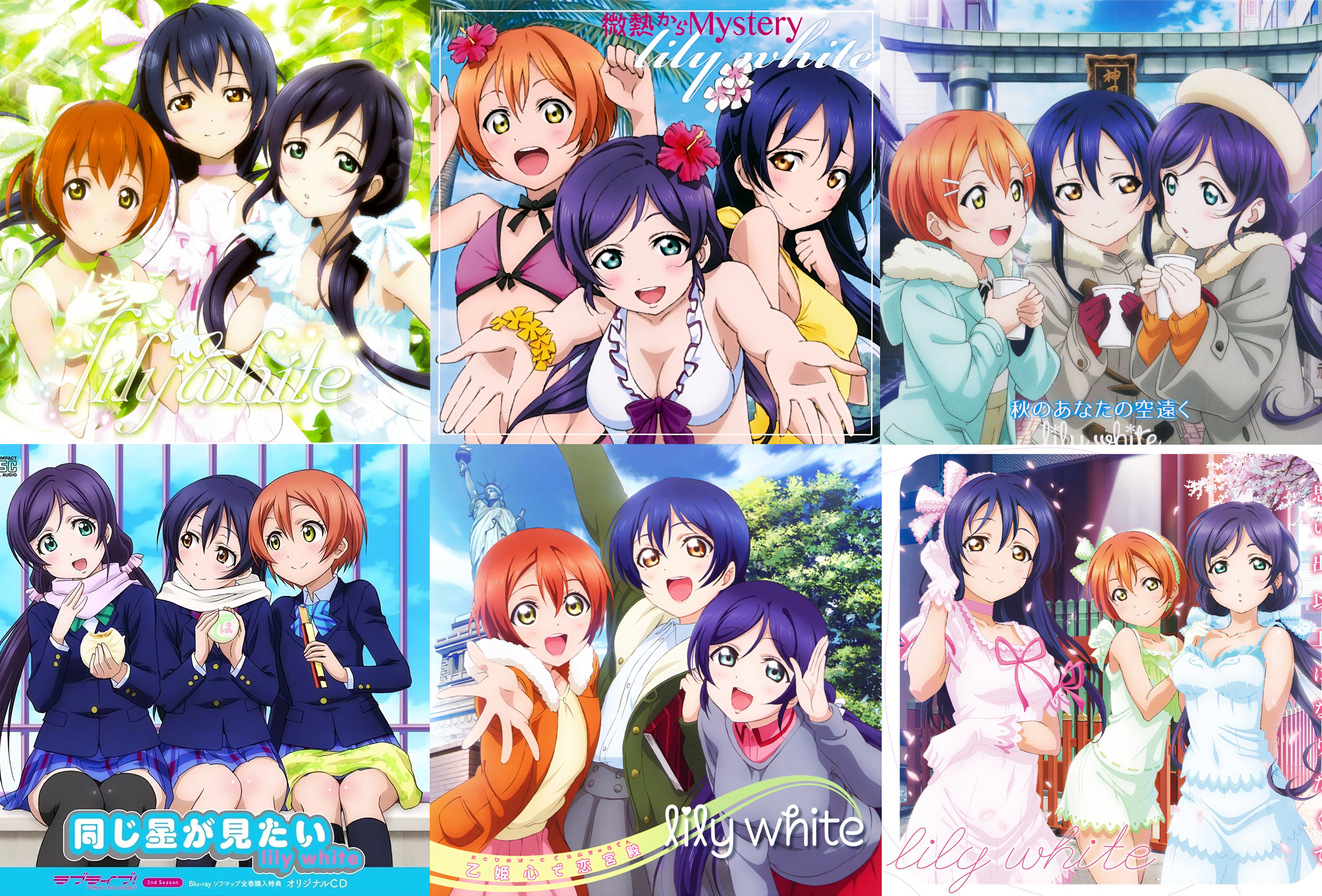 The started with a bop and ended with a banger. Anone Ganbare! in particular has been one of my favorite songs for over three years now, so my love for lily white does run pretty far back. IDK if people really do or not, but I feel like people sleep on Futari Happiness. Sure, it might be a lower tempo, but it's still a good bop, and just such a chill song.