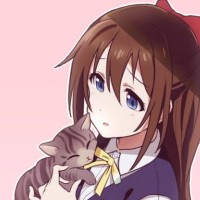 Happy birthday, Shizuku! I wrote an essay of sorts for her earlier which I'll leave here!