I’ve come to appreciate you a lot more than I did initially! When PDP was first introduced, I didn’t really think much of you. I noted that you had a different main attribute and a different demeanor than the previous group leaders and thought that that change was interesting, but nothing else about you really grabbed my attention.

Once I saw your personality in the 4komas, I was definitely intrigued. You were mischievous and quirky. It made you stand out more, and I desperately hoped that that side of you would end up being carried over to your other iterations. I was disappointed when that didn’t happen. (Since the 4komas were gag comics, it was to be expected.) I just thought that your character was wasted potential.

Your character ended up being a lot more endearing and relatable than I thought it would be. For one, you’re shown to be anxious about change, which is something that resonates with me so much that it hurts. You became a school idol because Yu, your childhood friend, wanted to, and you didn’t want want to drift away from her. When Yu overworked herself trying to manage the club on everyone’s behalf and neglected you (and everyone else) in the process, you broke down, saying that you didn’t even know her anymore. When you thought that Yu was leaving you behind, you panicked yet again. Ultimately, you realized that you had support not just from Yu, but from the others in the club and all of your fans, and you were able to gain more confidence in yourself. It made me want to cheer you on, too.

In contrast to the genki protags, you’re more soft-spoken. You have a tendency to keep things bottled up, resulting in outbursts. You don’t charge headfirst into situations that you’re unsure of. Even though you put your all into everything you do, you aren’t always sure about how things will turn out. It’s an interesting change of pace for sure.

When you make an effort to move past your problems with a smile on your face, it’s very admirable. You show great improvement the more you put time into your idol activities, so you shouldn’t worry about how unskilled you are. You’ve proven that you’re more strong-willed and capable than you give yourself credit for. 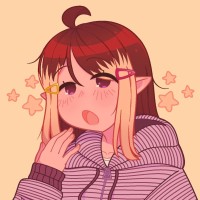 It's the year of the bunny! 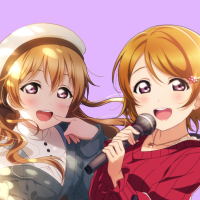 I wanted to do the twintails maid art because it’s actually year of the cat in Vietnam (my ethnicity) because of a Chinese to Vietnamese mistranslation of the word rabbit!

I also just adore this art soo much! I love cats and maid related things!! 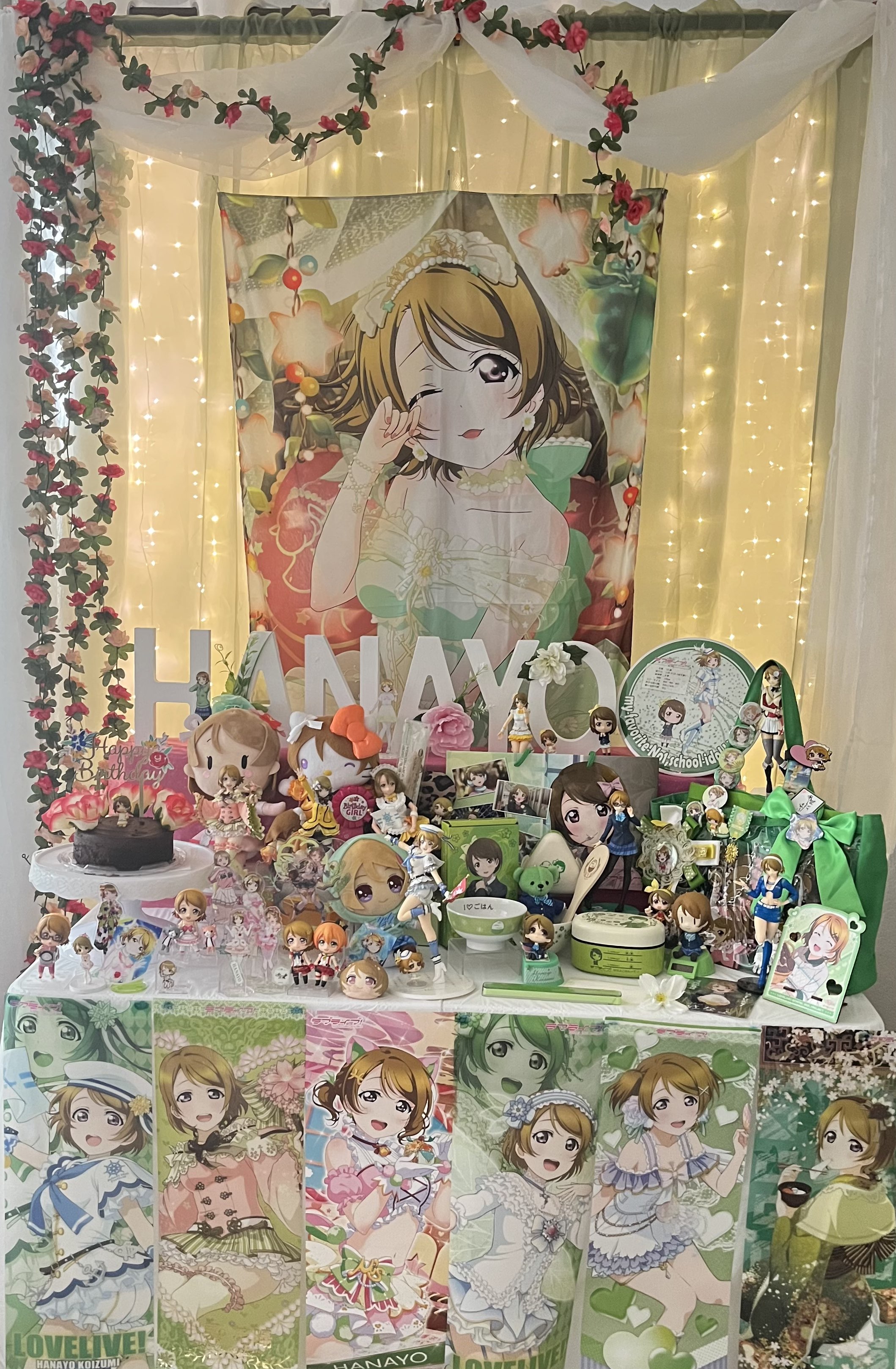 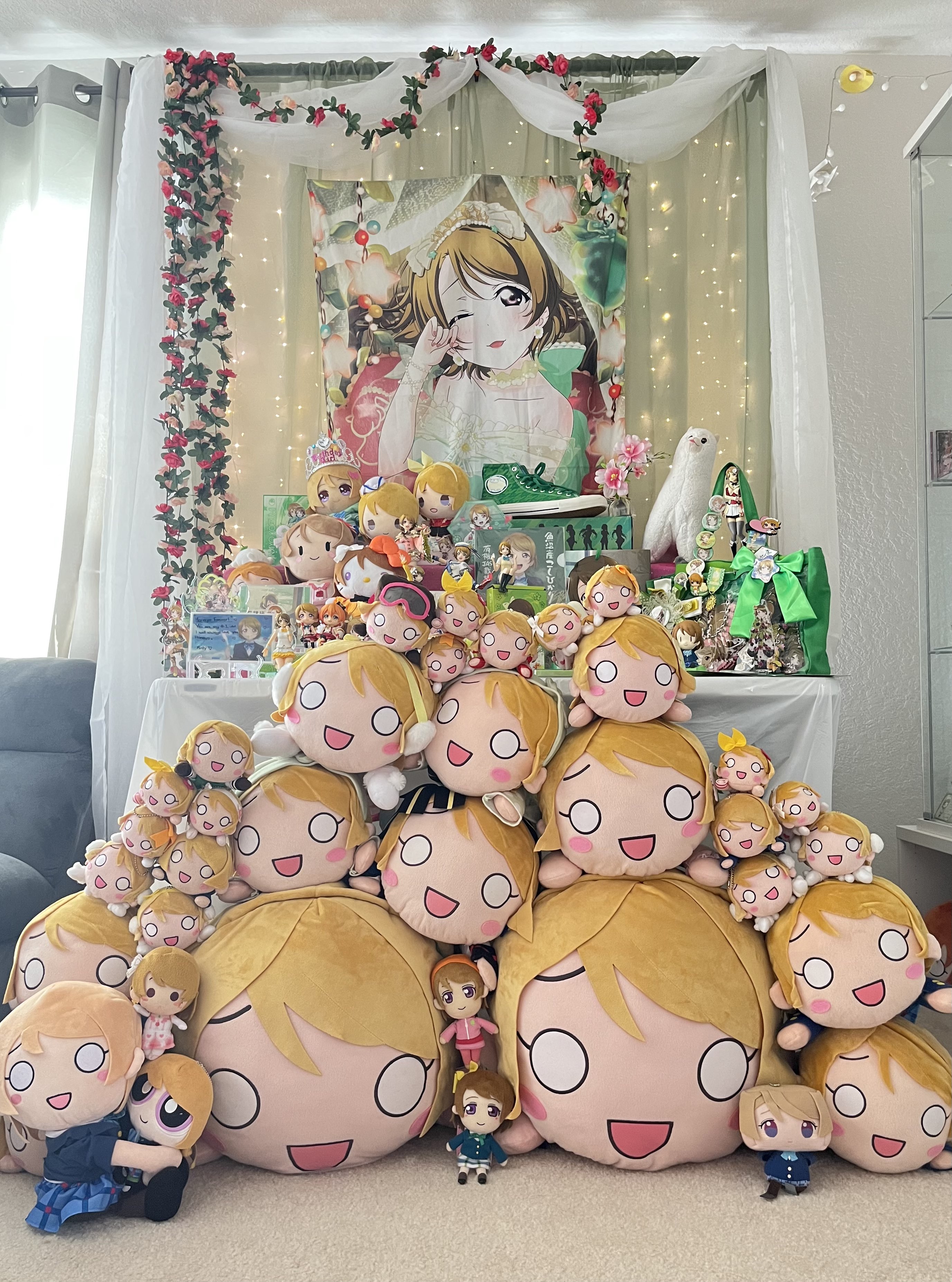 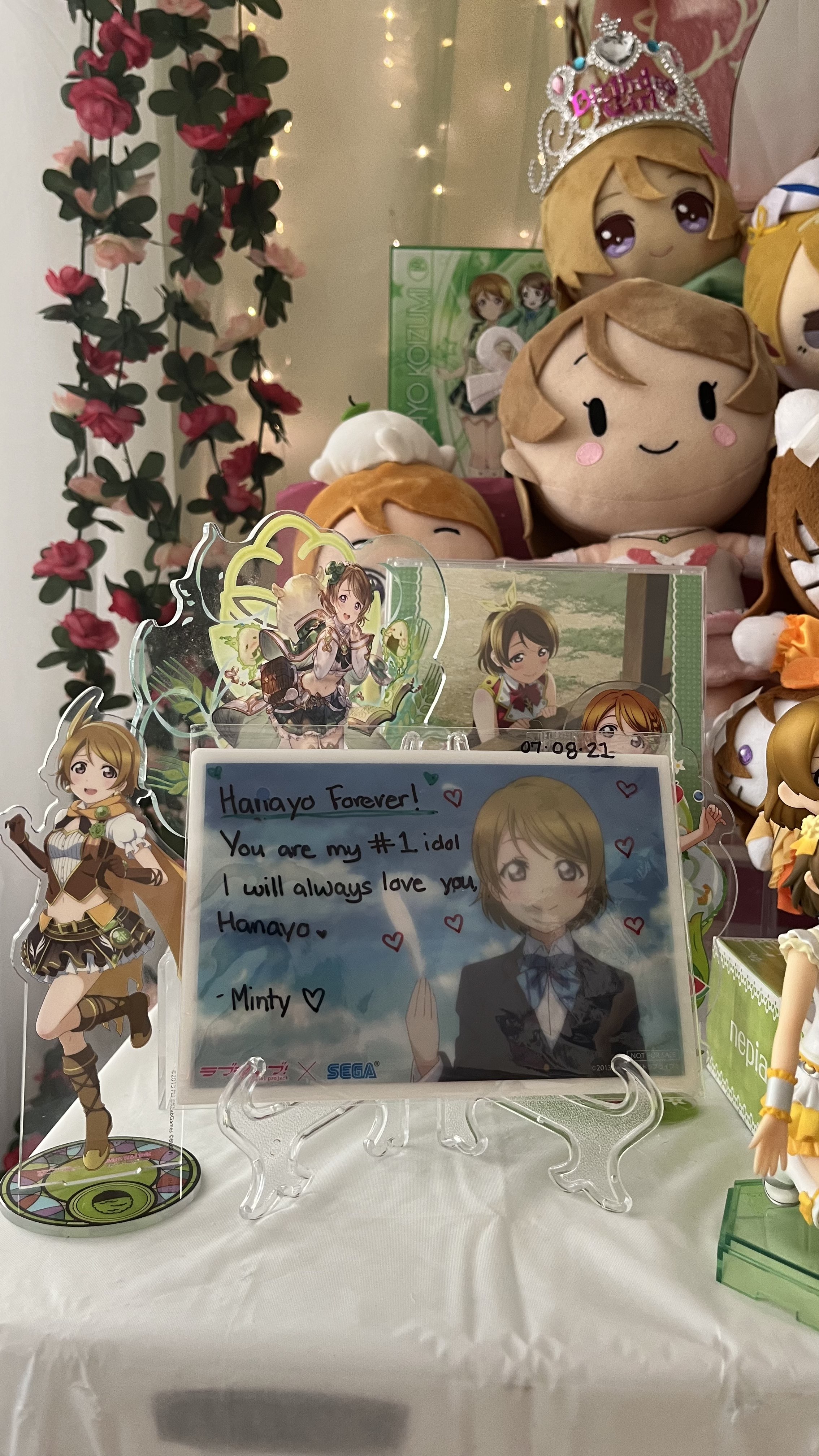 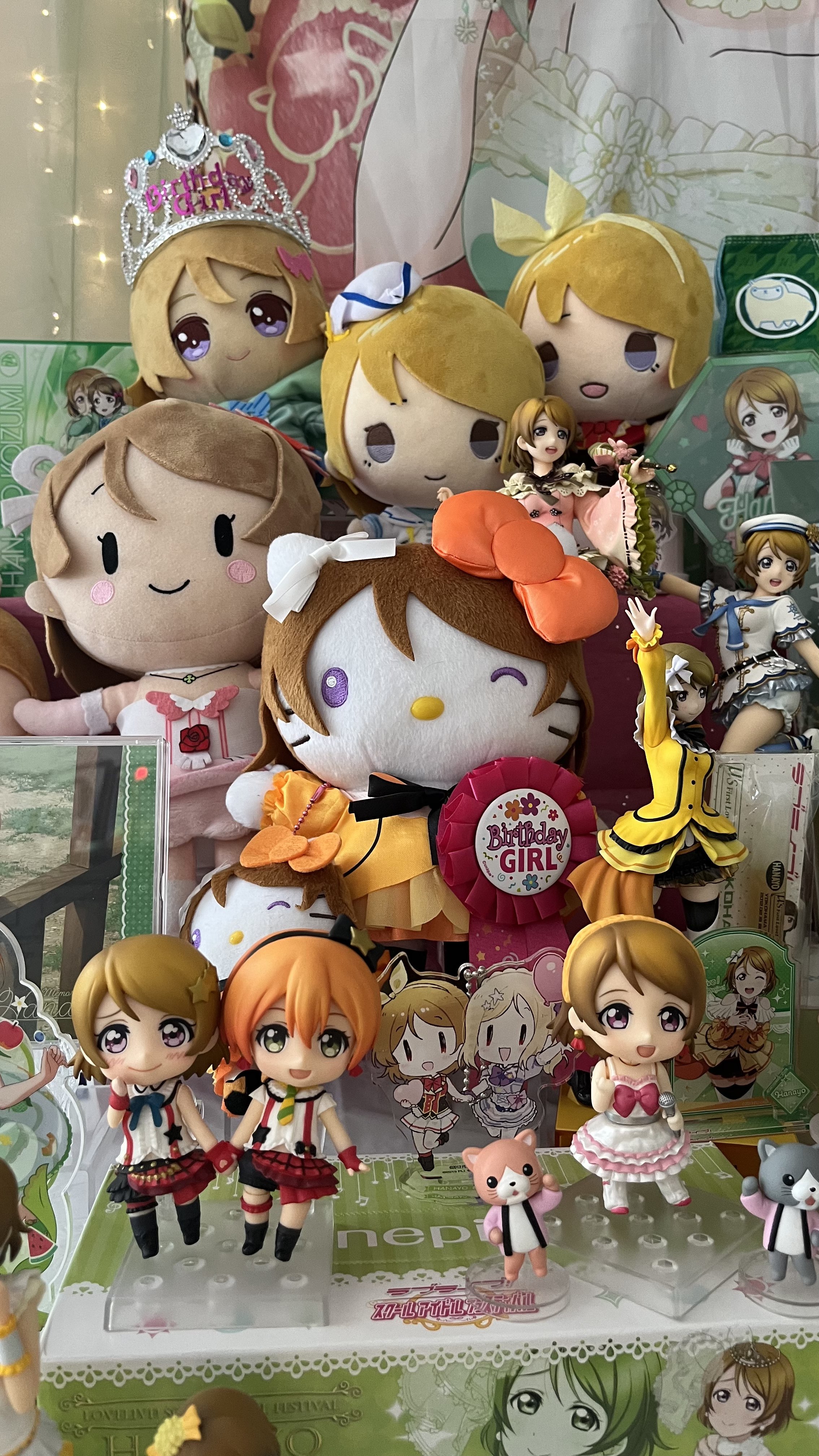 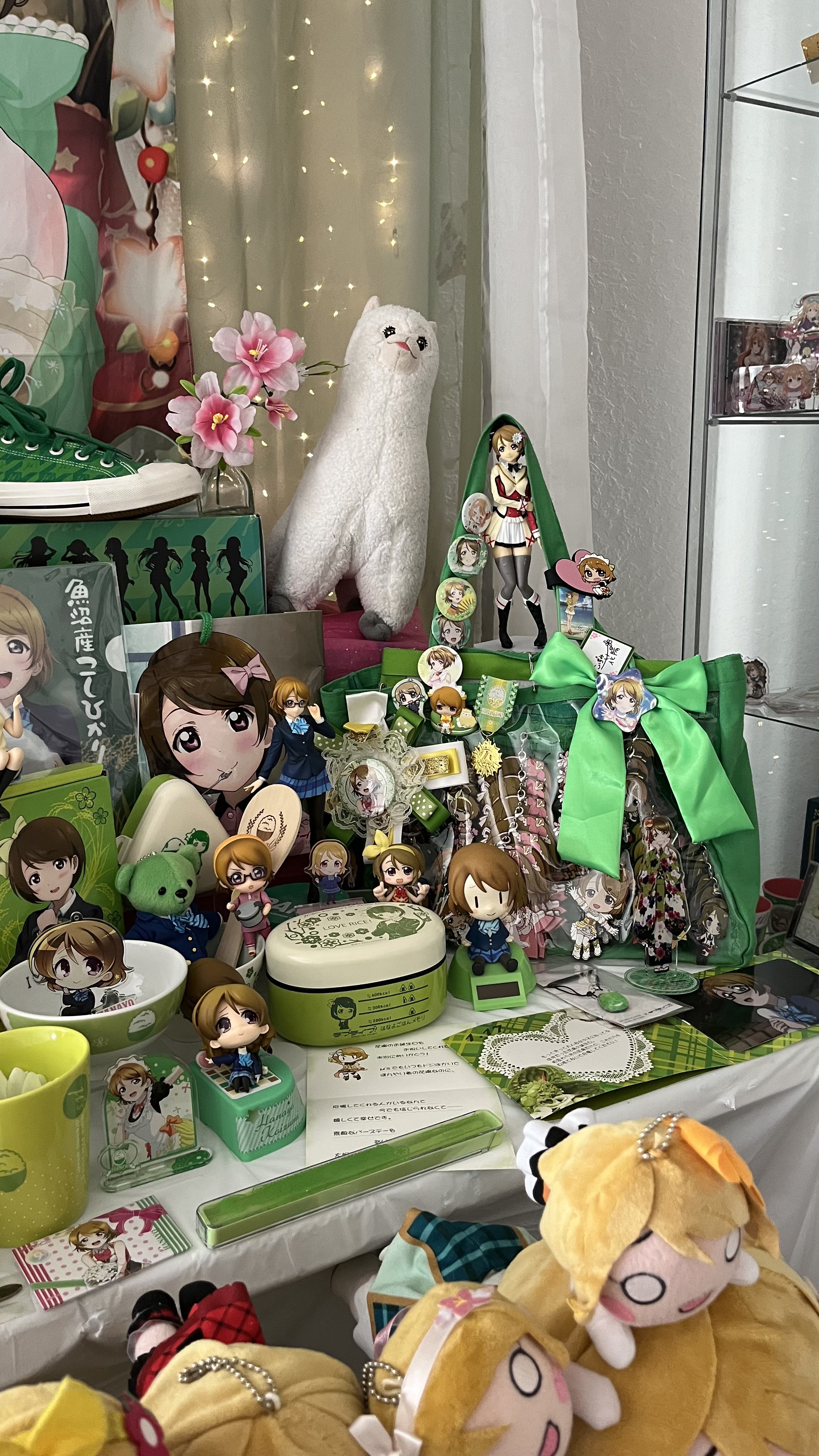 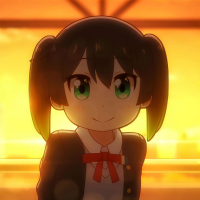 Kinda late but made this for Dia's birthday! 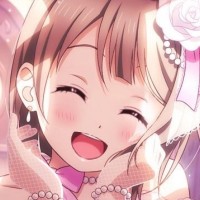 I have a lot of feelings about my favorite character of all time, which is why I have it compiled into the graphic edit below! ♪(๑ᴖ◡ᴖ๑) to summarize it further, kasumi nakasu is my favorite character of all time. i know she hasn’t existed for long, but she’s come to mean a LOT to me, so it being her birthday makes this a VERY special day! let’s celebrate!

unfortunately, due to school, i don’t have time to do new art for you, but i love you lots! in particular, I really love your outfit from popping up, which is why I drew it: 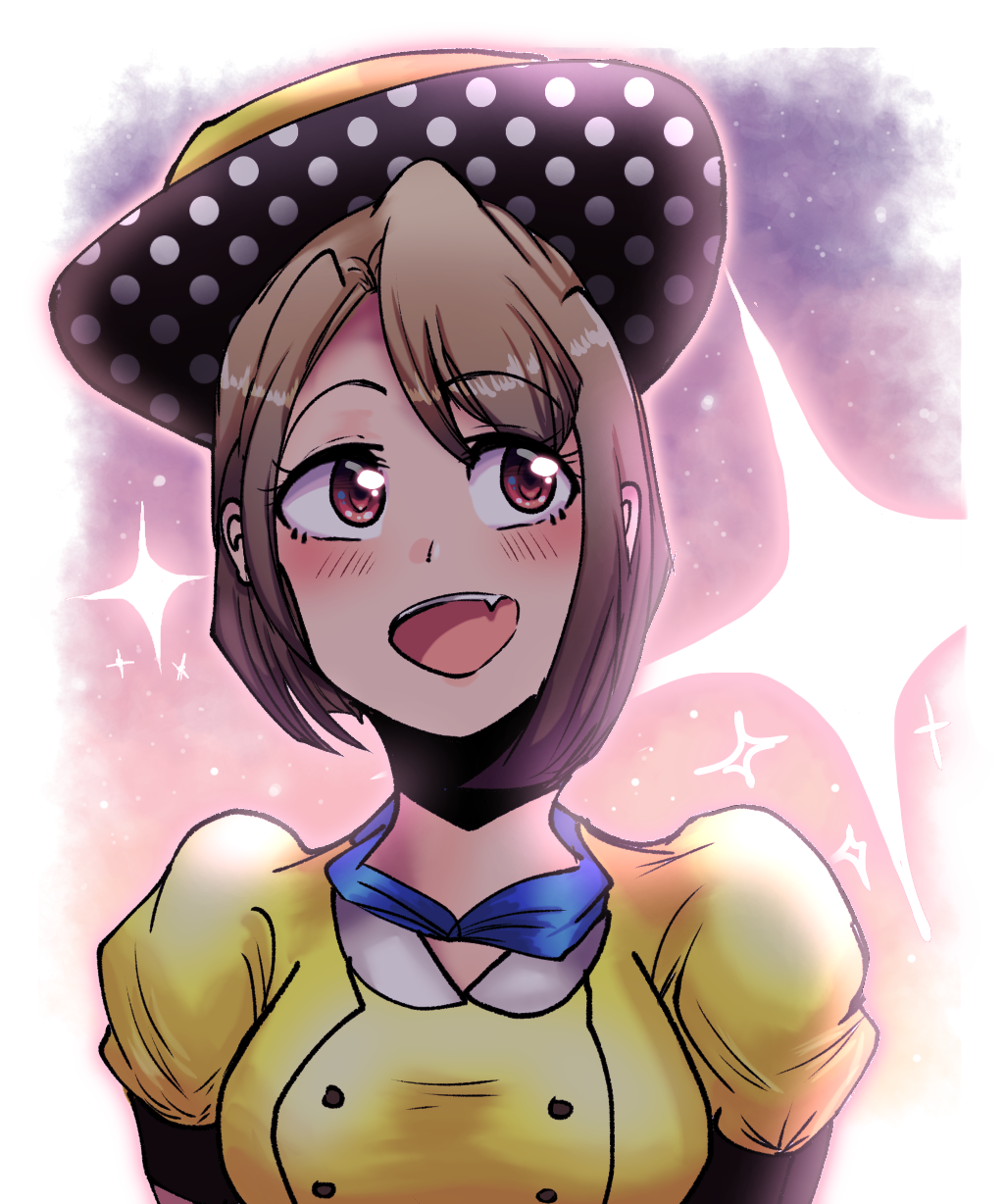 and here is my humble merch collection! it’s gonna grow in time, though, because many items have been pre-ordered and haven’t arrived yet! ( ´ ▽ ` )ﾉ 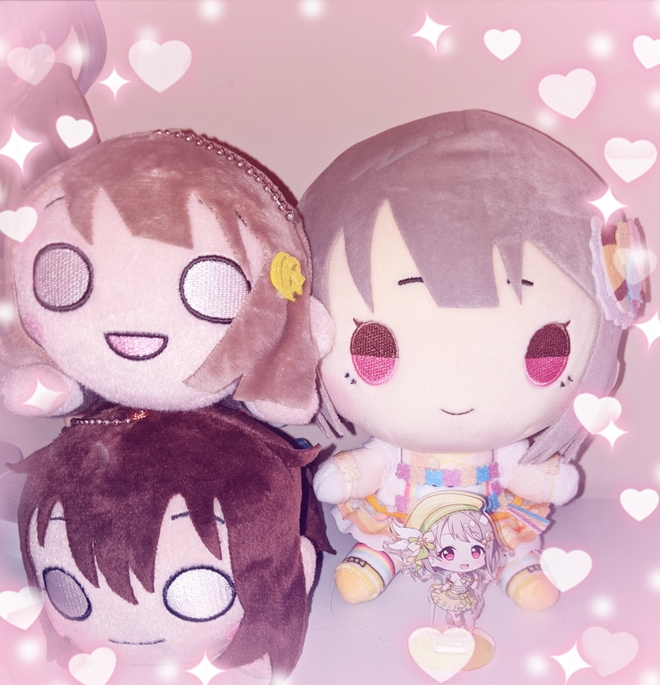 i’ve felt bad in the past from feeling like i wasn’t good enough to support others because I didn’t have enough money, or enough time, or I wasn’t good enough at the game... but that doesn't matter. all that matters is that you keep me going, and as long as you’re there, i’ll continue to do my best not only for you, kasumin, but for myself, too!

have a wonderful day, kasumin! ♡ 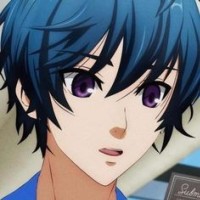 did a leah cosplay for her birthday 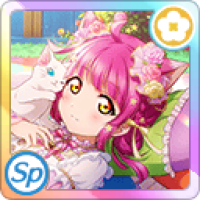 I know Im late to the party but Happy Birthday 3rd best aqours girl , for our beloved goofy student council , a drawing is presented to dia I love you so much ! 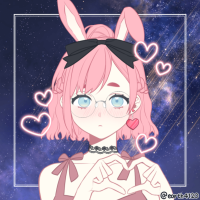 This is my third time hosting a birthday party for my number one school idol, Hanayo Koizumi! The display I made this year was full of love - I made a cake, cookies (they say "Love Hanayo"), and onigiri! 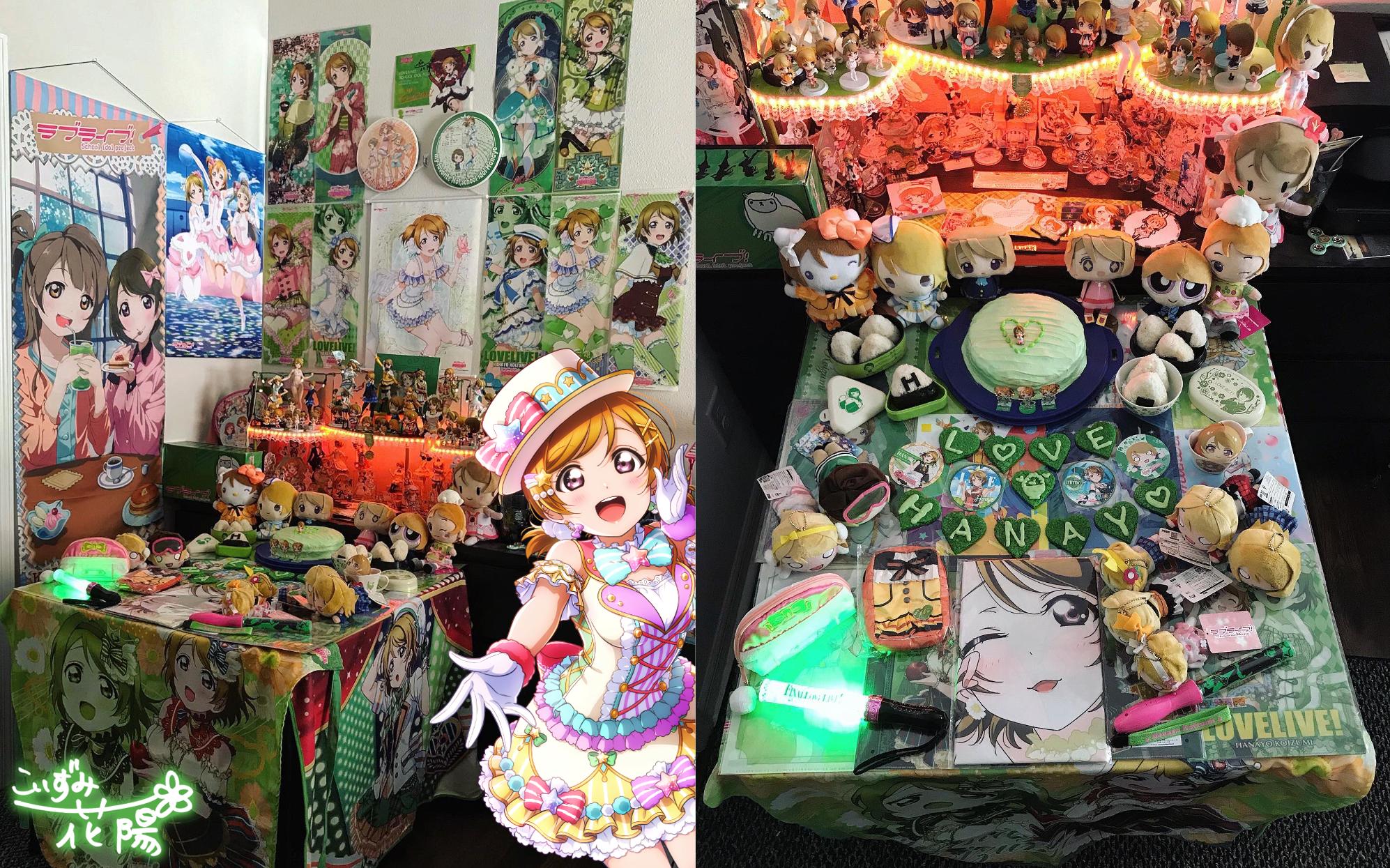 I made onigiri for the first time for her birthday this year! I've always made rice on Hanayo's birthday, but now I'm addicted to making onigiri, they're just so cute!

I think Hanayo liked them, success! 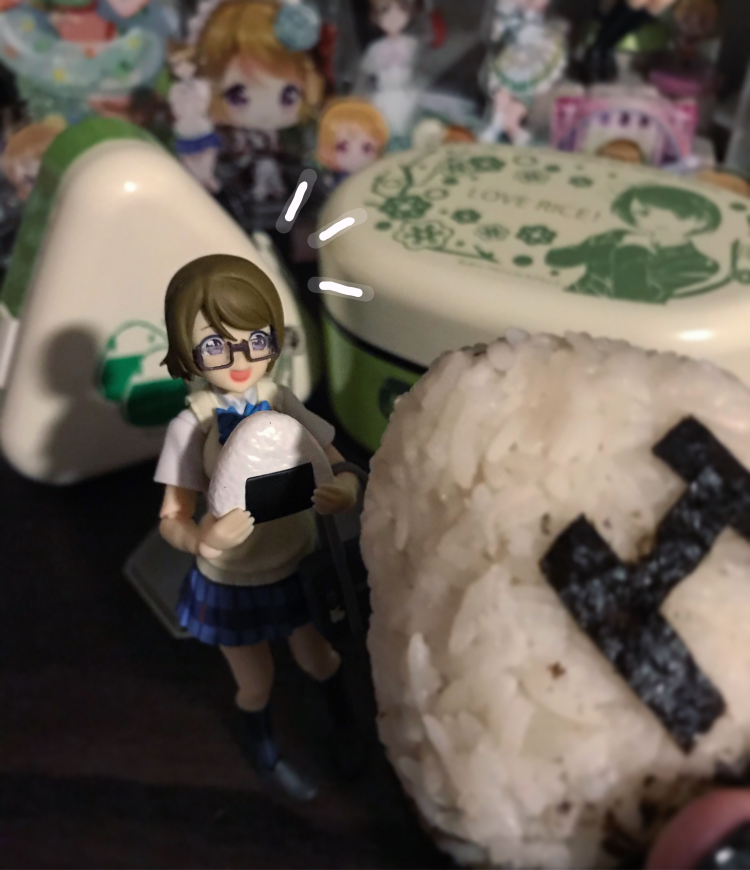 Another small thing I wanted to do this year was paint my nails using her signature green! I went with a very simple black and green and I just adore them!

Me holding hands with my Hanayo doll, featuring my special "From Hanayo" bracelet" and my personal favorite Hanayo pieces~ 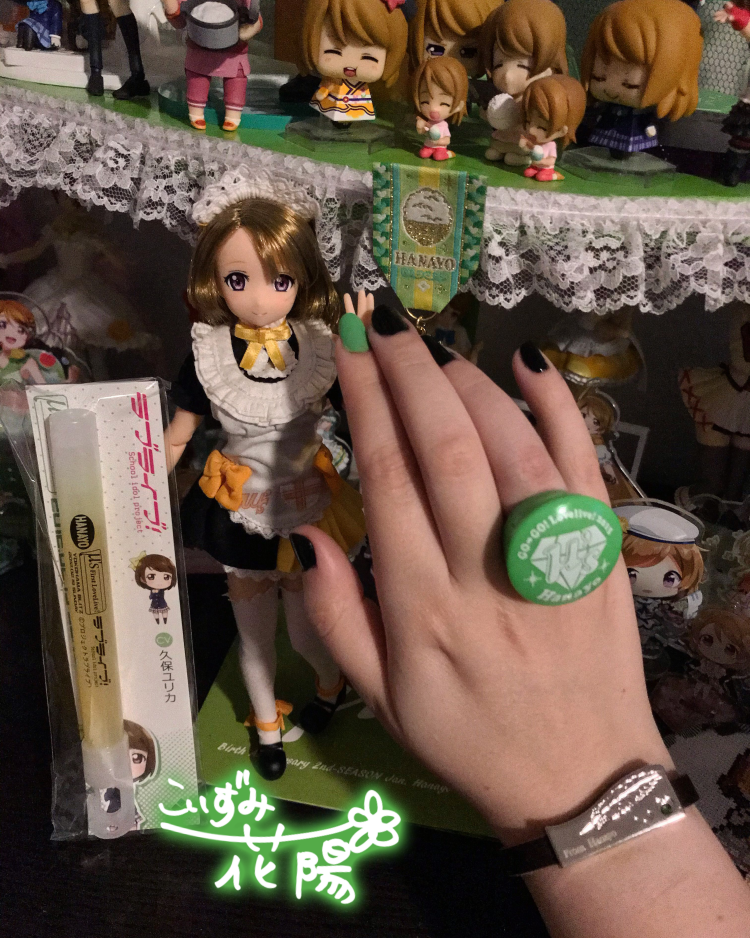 This year, I also wanted to try to write a letter for Hanayo. This year is my 7th year with Hanayo as my best girl, not just in love live, but in general, so it was very special! I try to show my love for her in a lot of different ways - physically with my collection of the cutest Hanayo's, in the games by tiering for her events and saving for her cards, to just everyday by thinking about her and admiring her strength!

I'm not entirely sure how to end this, so I'll just say again that I love Hanayo very, very much! She's been with me for so many years, through so many parts of my life, and I can't thank her enough for being my perfect idol. Thank you Hanayo, for being so precious and sweet, and for being so passionate about what you love! I love you and will keep doing my very best right alongside you! 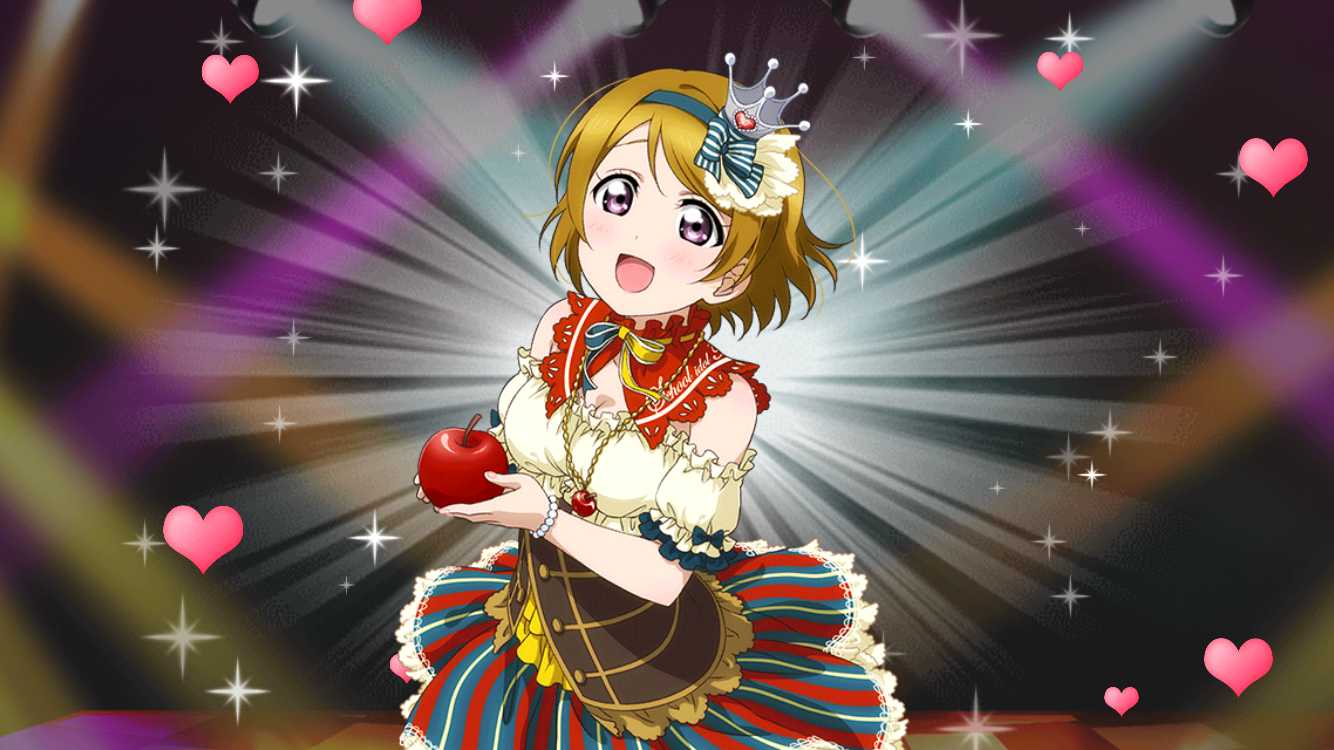 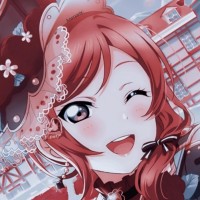 Happy Birthday Dia-chan! Your fes1 recolour is one of my favourite outfits and I hope I did it justice! I love you, and happy new year! 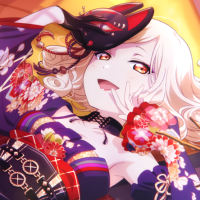