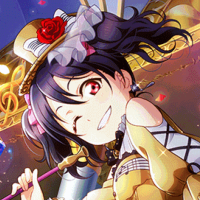 NGL it's totally lengthy because I've gone through a lot of different phases with Love Live!

Before Aqours came into the picture, I saw my brother playing SIF, which prompted me to check it out for myself. I had no clue what the franchise was about, or the game for that matter, but I played it anyways because hey, cute anime girls right? Eventually my brother watched SIP himself and I wasn't interested around at all during those times so I skipped out on SIP. I did end up watching the SIP Movie with him, but I felt like I had a distinct disconnection from the franchise since I had barely seen anything from SIP itself.

Aqours rolled into the picture and since it was completely new, I could latch onto that much easier than I did with Muse. I did exactly that, but it didn't hit me as hard as I thought it would. I had read a lot from others about how Love Live! was great, but I still didn't see why myself. It was pretty confusing and although I felt those feelings arise in S2 of Sunshine, it wasn't exactly what I thought it would be.

Despite all of this, I still had SIF downloaded because it was the only thing keeping me committed to the franchise. I don't know how, I don't know why (maybe I'm addicted to gacha games), but SIF is one of the few factors in my life that made me want to be consistent with something, which is why I constantly thought about Love Live! as time went on.

Fast forward to about early 2018, I was interested in watching Love Live! again because of the Sunshine Movie coming eventually. I set off to start with the bare basics of Muse and to put it bluntly, it was radically different than I what remembered. My view of Love Live! completely changed after watching SIP since I had seen what kind of blossoming story it was. Some of those scenes are burned into my memory now, some of them aren't, but most importantly? I finally understood what made each character from Love Live! so lovable. Specifically, I used to not really like Nico due to her mannerisms but after watching SIP I realized that she really was trying her best the whole time. And sometimes, even your best doesn't work out for those around you. But hey, what can you do? That was the kind of striking idealism I found within Nico that I admire to this day.

Then I got onto watching Sunshine again. I actually understood how deep the plot of S1 went this time, which made the character developments much more amusing to me. Similarly, I understood the girls a lot more this time, but at the time I was really struggling with my own personal growth. Specifically, it was my motivation on things that I wanted to do, and I became excessively lazy in pursuing my own interests. My productivity dipped hard and I didn't have much to believe on why I should work hard for myself. S1 of Sunshine made me reconsider what I had previously thought. Chika's development as a character resonates with me today since I still remember her quote of “It’s not if you can or can’t do it. What matters is if you want to do it.” Along with that, it amazed me how someone "normal" could be doing something so extraordinary. It radiates a lot when those that are "normal" of people can do anything, doesn't it?

S2 of Sunshine hit a different toll for me as it was proof that happy endings don't always come nicely packaged. Even so, Chika made me realize that if things don't turn out as you wanted them to, you can achieve more things from trying than not. With this, I found motivation in myself, and every now and then I remind myself of the whole Zero-to-one thing, because it's true. "From zero to one and from one to something even greater!" is what I say whenever I want to start something new since you never know how far you'll get.