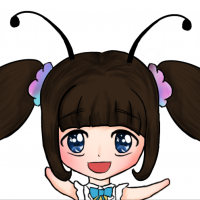 It all begin in 2017. I was in a really bad moment of my life. I wasn't going to school anymore and just pass my day alone in my room. Then i begin to watch some anime and LoveLive was one of them. Idk for the whole world but in France on Crunchyroll we only have µ's (i only watch from legal source). So i've watch the whole two season and Hanayo became my best girl. Idk why but i was really attract by her, not in the romantic way but like we were the same even if i'm known for being a really cheerful girl full of energy. When i've finish the first season, i've send a message to a close friends to explain her the anime i've say to her "i want to do the same" and she answer me "then, let's go to that path with a lot of stairs in our city!" But i was like "that's impossible in France plus i can't dance and my voice is shit and all".

Then came the big (and only) con there was where i lived. Every year i made a different cosplay for this con and this year it was a VOCALOID one. But on stage, a girl came up, in idol costume, she begin to dance with so much energy.... Her name? Betachuu (you can look on youtube and instagram) She prove me i was wrong.

After this con i've find a way to watch Sunshine legally. At this time my best girl was Mari (that's why i cosplay her) but it changed to Chika since. I've cried when the school close in the anime, at the end too. Fast forward, i begin to talk a lot with Betachuu. I filmed myself trying to dance START: Dash !! and she said i have a lot of potential. I've trained so much i've even injured myself. Then, first con in an Hanayo cosplay. A green START: Dash!! costume i've made in one week and i've go on stage... Everything where so... Beautiful... I've continue to try hard.

With the time, i've find out why i love Hanayo. Like me, she was thinking she won't be able to be an idol. But, now, i'm going on stage, i'm happy. I've begin to sing too! And evryone say i'm good!! LoveLive and my firend Betachuu opened my eyes on what i can do!!

Never give up guys!! (sorry for the really bad screenshot >< i haven't find any picture!)