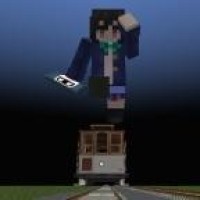 I like to browse r/Otonokizaka and LL is the only anime franchise I have enjoyed.

Because I don't have a true best girl, let me tell you my favorite songs (I can't judge by the lyrics): µ's

-LOVELESS WORLD (banger in general, and a complex nice guitar solo that made a car behind me honk when I was vibing too hard on a scooter when listening to it for the first time(I mean the solo, I have discovered the song on a field trip)). -Senkou Resolution/Kakumo Yuubi na Hi to Narite (obscure songs that are really nice) -Watachitachi Wa Mirai No Hana

Nijigasaki (-CHASE (like JIMO AI Dash, I enjoy this song because it's a "meme song"))

The non-LL songs I enjoy are mostly Japanese fast-paced EDM such as Camellia. Yes I am too casual, despite playing bandori (can do 27s on thumbs), I got called "tired" by a stupid normie.

The reason I put Nico as my fav girl is because without her popular meme, I wouldn't be able to discover the rest of LL.

My other hobbies are transit, ski lifts, playing modded Minecraft/bandori, writing useless essays like this to introduce myself and complaining about how bad our school's expenses are planned.

What I hate : spoiled brats, île de france mobilités liveries, these PM-seeking guys that think they aren't harmful, hard train/bus seats (worse if they are made out of plastic), brainless people on popular social media, how underrated LL is in France, "Téléskis à enrouleur"(basically the other surface lifts that pomalifts) and most of normies.