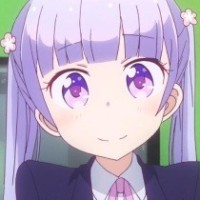 Decided to join this so uhh

Hi i'm Megan or Maka, I started Love Live back in early November of 2015 (I wanna say it was like specifically the 7th?). NGL I think it was recommended to me cuz I downloaded fnaf?? Anyways I downloaded this cute anime game cuz I'm a pro gamer and ever since then I've been stuck in this hell.

My best Muse girl is Kotori and she stole my heart from day 1. My dream Kotori card is wedding and the damn card avoids me like I'm a disease so press F. A vivid memory I have from this time was playing the angel Nico nurse event til the wee hours of the morning on Xmas eve. Also managed to get the XMAS tree event Maki on this account.

Another memory of this account was soloing Spring Viewing Pana and legit screaming (my first UR ever ily baby) I also went so hardcore for the easter event Kotori I played for 13 hours straight until I got her idolized (never again) Also spent 50 bucks trying to get victorian Koto and she didn't come home... Anyways I lost this account, but not upset cuz it was EN and I don't play EN anymore

MY JP ACC THO HOOOO BOIIII k I started this exactly a week before Arabian Kotori graced the world so hmmm so the 22ndish of march started my true descent to hell. The only time I've ever missed logging in to this account in the past like 3 and a half years was when I went on vacation in march this past year and missed the April fools babies... Now having this account for over 3 years I have too many memories. For one my first UR was Pool Eli, and my First ever Double UR pull was Pool Maru and Yukata Mari. (that video still exists on my youtube, shameless plug?) This account has what... 56 URs, 13 idolized by copy, 2 idolized by seal, and 3 lims. OFC I didn't get here without whaling hahahaha.... On this damn game I've spent well over 1300 dollars. Something I'm not proud of but.... Hey, I have cute idols now??

rewind a bit here but...

When Aqours was first annouced I was one of those kids who was like "Ummm ewww??" But now Dia Kurosawa owns my whole ass. Fun fact my best girl went from Mari-You-Kanan-Mari-Dia, Kanan was only best girl for a day tho. Now Dia reigns supreme (tho Mari and You sometimes do sneak attacks and try to take the top spot)

I also remember when Muse's little devil came out and everyone POPPED OFF. I'm pretty sure when Little Devil came out I actively started following Blake (kurrosuccwa) and thats when I knew I wasn't gonna escape. Shizuku was actually best N girl before PDP happened so like, True stan right here. No i'm kidding lol plz don't start a fight hhhh, but I was overjoyed when Shizuku was chosen for pdp

I watched the anime and I am one of the few people who thinks the Muse anime is superior (I just felt more connected to my girls, plus subunit episode) Also still can't make it through a hard song on AllStars so like that's cool. I own alot of merch, mainly dia (sorry Kotori)

About 850 bucks in total, most would think this is a flex but I think it just represents my poor life choices cuz thats only like 25ish items, but hey hhhh I have the azalea Dia neso? Is that something to be proud of. I also cosplayed from LL (woah imagine that)

Did the dreaded white day, did candy maid, did fan favorite china dress, filmed a PV. and Now I hate cosplaying from Love Live (watch my next cosplay be from love live)

Anyways Love Live has been a huge part of my life and made me who I am today, and this is my long ass story (I feel like I just wrote a damn fanfiction, did my introduction turn into a fanfiction?)

also someone said hi to Ainya for me which is the biggest accomplishment I will ever achieve in life.