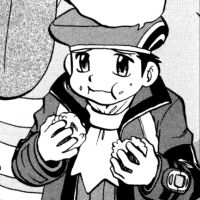 What's up everyone? I'd like to participate in the "What's your Love Live! story?" Event that is currently going on, so here is my personal story on how I got into this fandom: It was the summer of 2017, I had just finished watching a playthrough of Danganronpa V3, which got me really into the entire franchise, when I first grasped the concept of Love Live. An online friend of mine mentioned how one of the V3 characters (Tenko Chabashira) was voiced by a very popular voice actress, known for her previous work as Nico Yazawa. That's also when I first realized where the "Nico Nico Nii" meme originated from. Up until that point I had never liked Slice of Life shows let alone Idol anime. To me it was all just weeb bait and terrible music. But I couldn't stop seeing Love Live content every now and then on my feed ever since I had joined the DR fandom. There seemed to be a connection between these two fandoms where a lot of people were a part of both of them for some reason. Eventually I decided to take a look ( I am probably the LL equivalent of the much hated JoJo Part Skipper: I didn't start with SIP and watched Sunshine instead). And, boy was I in for a ride. At first, most of the VAs sounded kind of high pitched and over the top to me, so I couldn't watch more than just the first episode. Right after finishing it I immediately thought to myself: yeah, this was a big miss for me. But for some reason, that same day, I saw LL content on Instagram again. It was fan art of the Aqours girls. I looked at Ruby and Chika and I recognized them. For some reason, I couldn't stop thinking about the anime, how well made it was when it came to artstyle, animation and how the music wasn't even that bad at all. The next day I decided to give it another shot. This time I watched the entire first half of the season. With every episode I finished I started to see more things that were actually quite well done, the singing voices, the comedy, the setting. I tried to get behind every characters arc and the reasoning behind their actions, I saw how other fans were having so much fun ranking the girls and talking about their favorite characters. Eventually I finished season one and started playing SIF as well. After that I realized that there were even more characters I hadn't seen before (u's) and that they had their own anime as well. At that time Season 2 of Sunshine had not aired yet, so I figured I might as well watch SIP as a prequel before Season 2 comes out. And through the amount of friendly fans and amazing fan arts, I decided to join this fandom. Ever since then I have been super into Idol stuff, I even joined similar fandoms and started playing other Idol/Rhythm/Gacha games. Now Love Live has become a significant part of my hobbies and I am so very glad about the fact that I decided to overlook the prejudices of it and joined the fandom anyways.