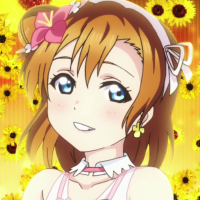 Kotori is a character that I've had mixed emotions about for almost as long as I've been into Love Live: I either thought she was really good, or really bad. And while she certainly isn't in my µ's top three, I can confidently say that she's made her way into my top five. Kotori's character is very simple, but if you take the time to go back and rewatch SIP, you release that while yes, she is simple, the role that she plays within µ's is both effective and very integral. µ's may not have ever formed had Kotori not been there to push Umi to do so, along with herself, of course. She doesn't have the most interesting dialogue either in terms of relevance, however every once in a while she does say something that shows that she does in fact care very deeply for the group.

"I want to follow our decisions and ambitions as a group. Sometimes we get lost, but I don't think that it's meaningless. If we work together and each do the best we can for our part, I'd say we're on track for a great future."

I really love the µ's 2nd Years, so eventually, by proxy, Kotori has also become one of my favorites. I hope that we can all celebrate Kotori's birthday together, though that shouldn't be a problem since she is one of the most popular. Either way, she still more than deserves to have a proper celebration. So with that, Happy Birthday Kotori!

All of my Kotori merch. Unfortunately not a much as I'd like, but I've only recently started to like Kotori (within the past few months), so hopefully can pick up some more Kotori-themed goodies later on! 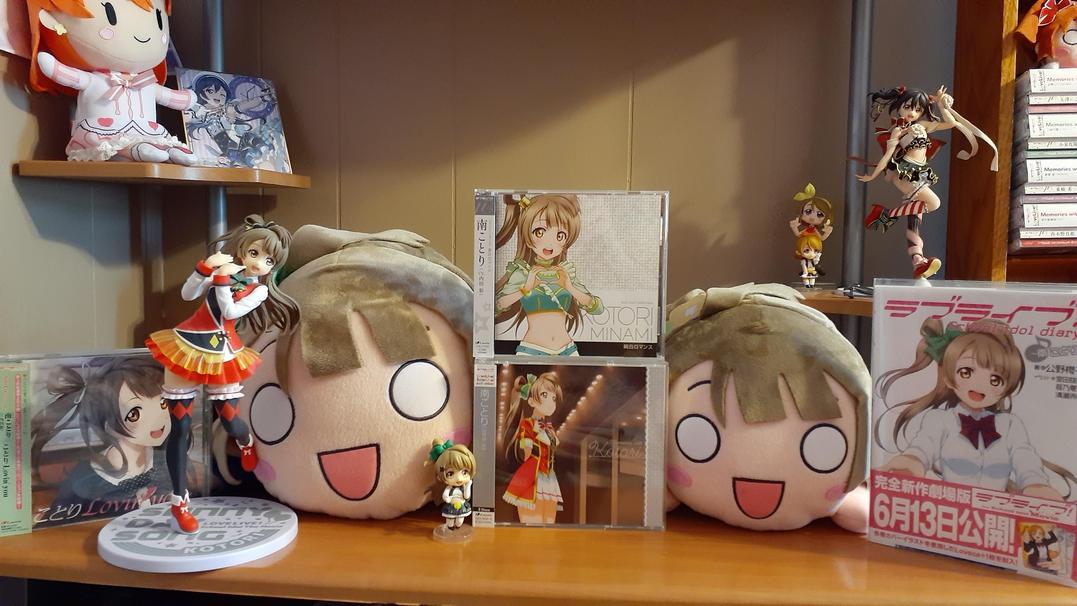