Question, is idol story for only all stars?

I ran out of ideas, but now everyone in Niji has their own MV of their 3rd album solos, and I am gonna rank them: (not including Shioriko)

9- Yagate Hitotsu no Monogatari - I thought the dance would be a better version of Evergreen, but everything here is messed up especially in the chorus. Also the short version of the song itself is not that much interesting, I only like the song starting from the 2nd verse. And if I were one of the audience, I would be like "Where tf is she looking at?" And the ending pose looks really uncomfortable, I wished she sat on a chair instead, if Kaorin did. This song is really messed up, I am sorry, Shizuku.

8- Analog Heart - I am not that much interested in her choreography here since it looks like it is really lazy? And I got less interested in this song compared to before (this used to be my second place solo song) because I don't feel like enjoying it nor I enjoy Rina anymore (she used to be my best girl in Niji)

7- Margaret - You might be asking me why the first years are so low? Probably because I don't enjoy their MVs a lot. I don't really enjoy Kasumi a lot, since she is my least fav in Niji, but I really like this MV compared to Muteki-kyuu*Believer. I also like that she is going for the more mature style of music!

6- Say-Goodbye Namida - I don't really enjoy this song a lot, but seeing its choreography it is epic! This song has the least accessories on the stage, but I still enjoy it, since this is the first one to be released as a MV!

5- LIKE IT! LOVE IT! - Seeing another solo song with a megaphone is really nice! But I am just really curious how the megaphone just popped up out of nowhere because it was not at the stage when she was singing until the chorus starts. But I really like her choreography here! But in my opinion, CHASE has a better choreography.

4- Tanoshii no Tensai - At first, I didn't like this song a lot. The chorus seems so unfitting to the rap. But now I really love it! I gotta praise Nacchan for the great choreography because this has one of the best choreography!

3- Aion no Uta - This is my FAVORITE song out of the 3rd album solos! I really like her dance here and how she uses the fan to dance with! I really love that in this MV, she shows what makes her a true Japanese, even though she is 100% Swiss. Also Emma looks really gorgeous in here!

2- Märchen Star - I feel like it is only Kanata who gets to sit on something (she sat on a bed, now she sits on the moon!). Also I love the thing where she really is flying! And I love that there are a lot of accessories added in here, the stars, the moon, and the cloud. No wonder there is a giant moon in the SIFAS cover art.

1- Fire Bird - I hope this doesn't become a really big meme compared to Starlight! I don't wanna lose interest in Fire Bird, and it's dance is really epic! And I love that she is the first one shown holding a prop for a Niji solo! ALSO ROSELIA KARIN WHEN???? Anyone can help a newbie and tell her how to get the Yohane's title to put on my profile? Thank you! 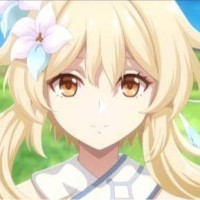 Turns out the next event is a Hanayo Event, and I played constantly, yet i never got the Ruby. so that means i just have to use ALL my free time to get Hanayo. B) 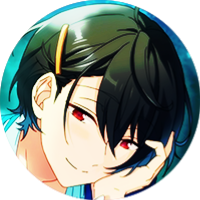 So I was wondering, what is everyone's tips and tricks to being able to collect enough resources to idolize/get costume for our girls? Because so far, I've only ever gotten the costume for one person (and that's the starter.) >_< 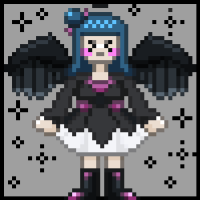 I have a question

How do y'all get into the LLSIFAS game files? I've been trying for days now, downloaded several programs but nothing works. All I can get is the App Icon x-times and a png of the girls in the Icon All I want are the sprites from the Training Camp 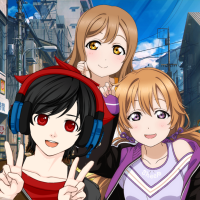 Happy Bday to you Riko-Chan! I played Waiting For Love by Avicii in the piano, since you like playing the piano. I and Russel (Your Boyfriend) wish you the greatest birthday ever!

link of her gift https://streamable.com/iwr0fr

I just realized that only Karin and Emma have different types of solo songs among Nijigasaki. The rest are the (almost) same althroughout. 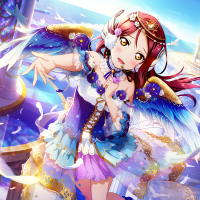 Hey, guys, I started up the Nox emulator to play LLSIFAS, the sound is playing, but there's just a black screen, what do I do? 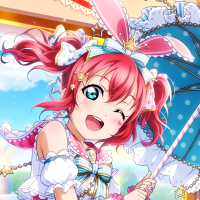 coincidence, i think NOT! 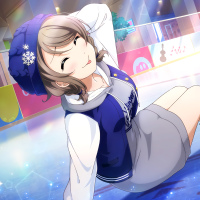 Chika is one of my bigest kins (me beeing clumsy and incecure.) I think her design is super cute, i absolutely adore the little bows and clips!

I am sorry if some of the colours are innacurate, The ink in from the markers with the correct colours said: 'No, i am gonna leave.'

I think the drawing is decent, i could have drawn better.

Long story short, i hope you have a asome birthday, Takami Chika!

anyone know what emotions is? Kinda confused, I cant use it yet eli is at bond 23