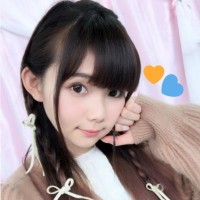 well, it was early 2016 when i found out about the franchise. a friend had told me to download a game called "love live! school idol festival," and so i did. the friend also told me to pick a girl named nico yazawa as my starter character, so i did that too. before this, i never payed much attention to idol games/anime. i was strictly a horror viewer and i was mainly involved with tokyo ghoul and black butler.

after being introduced to the game, i played everyday nonstop. i loved nico because she was my starter and she was the only girl i payed attention to. i played the game until late 2016, when i stopped putting energy into it and just eventually forgot about love live.

thankfully, happy party train came along. i'm so incredibly grateful that people voted kanan to be the center of the song. it's what opened my eyes and brought me back, and, to be honest, i don't think i'd be the same person i am now if i hadn't seen the video. i watched it the day it came out and kanan immediately became a huge staple in my life. i didn't know anything about this group called "aqours," and i didn't know anything about kanan's personality, i just knew that i loved her. a lot.

from there on, i reinstalled school idol festival, to see what i'd missed. seeing happy party train refreshed my mind because, up until the video, i'd totally forgotten about idols. i see "aqours" on the screen and i recognize them as the group from the video. i play the game a little more and then realize i should probably watch the anime to know what any of this is about.

so, i watched school idol project and sunshine. i had gone so long playing the game and basing my likings off of nothing. i enjoyed the anime, i watched all of idol project in 2 days and all of sunshine in at least 4. it made me remember how much i actually liked the game.

i became more involved after this. i watched all of the single pvs, listened to the music and decided to put myself out in the community. i'm really happy i rejoined, everyone is so talented and kind and it's shaped who i am today. thank you, all of you.

thank you, nico. you're an adorable idol and, despite me going back and forth between best µ's girl, you've always been number one; you've been number one ever since 2016.

and thank you, kanan. thank you so much for one day just showing up on my youtube home tab. as dumb as that sounds, it really did change me. you're, like i said, a very important part of my life. if i hadn't watched the happy party train video, i wouldn't be where i am today. you make me so happy. i'm lucky that you're my ultimate best girl of any franchise. no one can take your place.

finally, thank you suwawa. my favorite seiyuu and the seiyuu of best girl. you're such an adorable person and i hope to maybe one day send my message about kanan to you.

;;if you read all of this, i hope i didn't bore you. thank you for reading. ♡