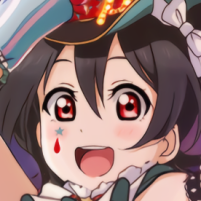 oh bruh im so excited for idol story this is gonna be great. my name is KP, you may know me from my YouTube channel KuiProductions, I made the every love live song playing at the same time video haha... my love live story is kinda boring tbh? My girlfriend in like 8th grade played it and one day during the superbowl (i don't care for sports) I was extremely bored and downloaded it. that was like 6 years ago. Now I do song covers and a lot of group cover projects as well as art and edits... I was a pretty hot shot editor back in the day, but now i'm just chillin' with my Umi shrine these days. Attached one of my best edits from my Golden Love Live years. Hope to meet some of ya'll too! 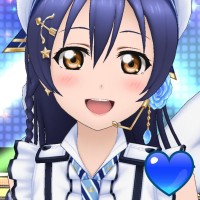 Rina actually DOES smile for a second before she gets teary eyed at this part of Dokipipo☆Emotion. Caught it! 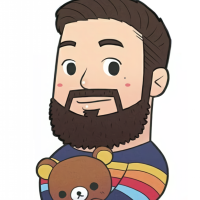 okay but what if 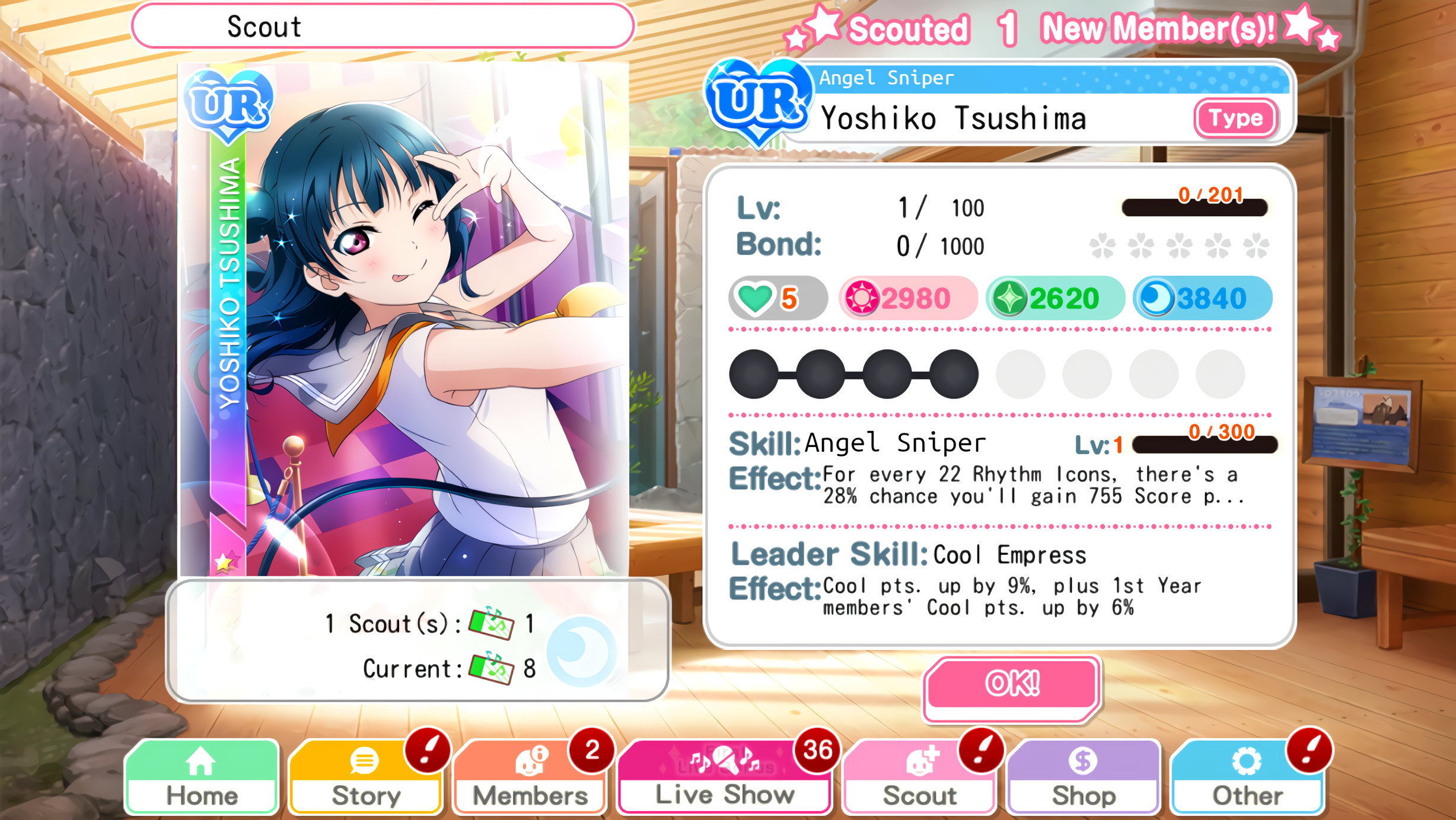 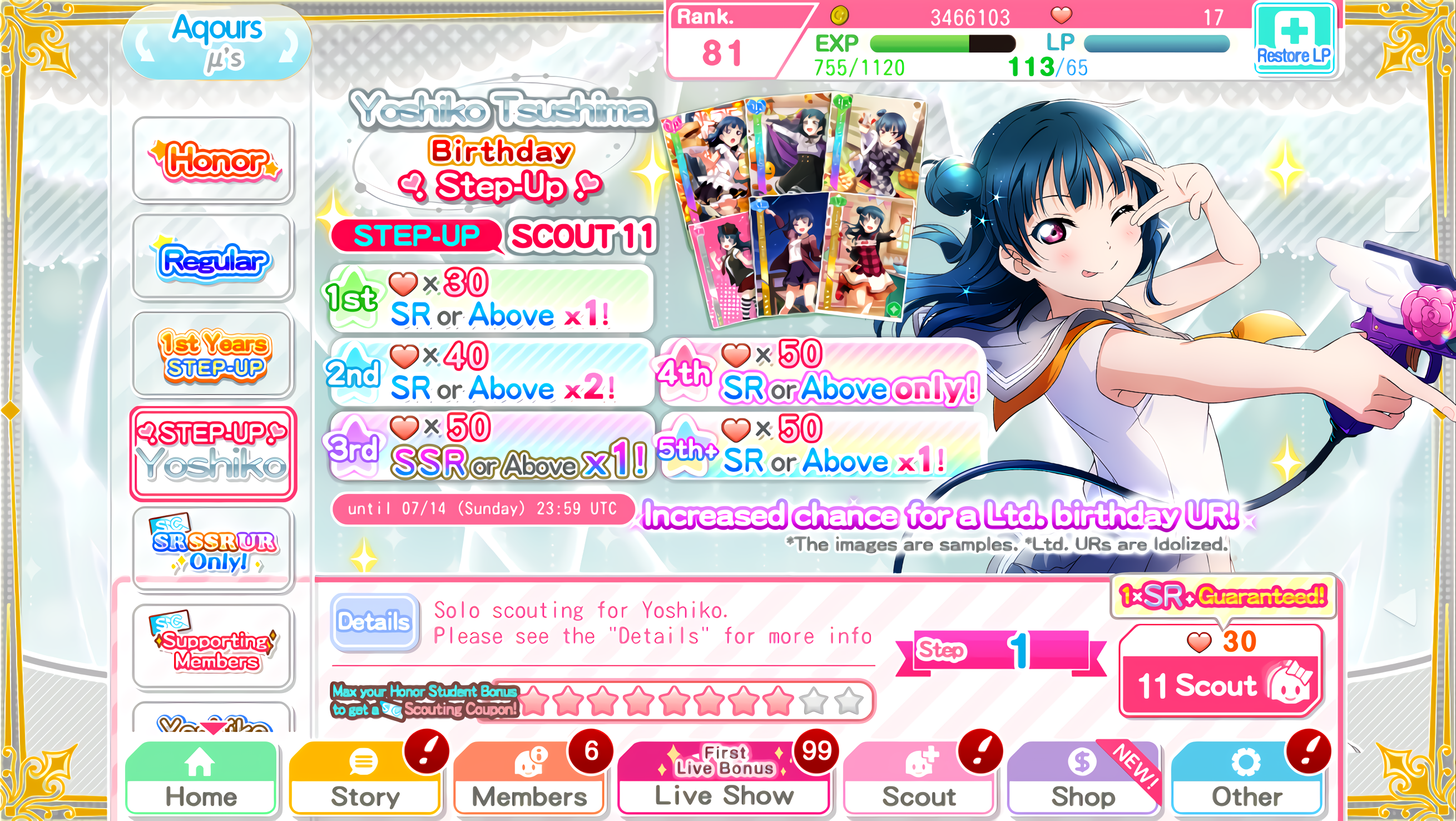 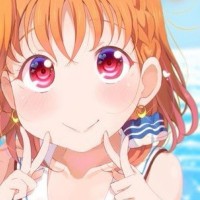 How did everything start, huh?

I remember it as if it was yesterday~

It all started back in 2015. I had my boyfriend staying over for the weekend. While I was cooking, he was playing this weird game (or so I thought at the time) on his tablet. I had no idea what SIF nor Love Live! was at all. I remember he was playing a Score Match and got Niko puri♥Joshi dou in Expert. He almost FC'd it and got second place, iirc. "That song is so stupid!" I thought when I heard it. In fact, from the little bit I saw of him playing, I disliked Nico!

Fast-forward to a couple of weeks later~ My dad announced he didn't want his tablet anymore so he was going to sell it. I pleaded for him to let me have it instead and he accepted. As soon as I got a hold of it, I found myself downloading SIF. EVEN THOUGH I DIDN'T LIKE IT. I chose Honoka as my starter partner and the first song I tried playing was... None other than Nico's solo!! And then I just... Fell in love with the game. I quickly warmed up to Maki and Nico too! After playing for a few days, I decided to watch the anime series too. Both Maki and Nico grew even more on me~

Then we got Aqours! Mari was my favorite by a long shot, with her listening to Rock and Metal music, just like me~ But as of recently, I've noticed my love for Chika grow and grow and grow! I identify with her in a way I've never identified with any anime/game character before and she easily became my top best girl ;;

All of this has led me through Sukutomo and its community and enabled me to meet a bunch of amazing people. Some I consider close friends. And now it brought me here. Hoping to meet even more wonderful people!

Thank you Love Live! for being such a big part in my life~ ♥ 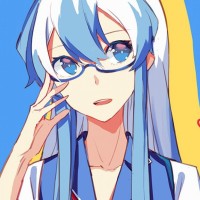 I created this account mainly to share my story as the whole Love Live franchise means the world to me. So uhh... hello! I'm Miya, your local Ai, You and Kotori oshi that loves LL a whole lot!

I found LL by accident, one of my friends was playing the game and I started asking them about it. That's honestly a miracle, I've never been interested in mobile games, especially the rhythm ones. Around that time I went to a new school and I couldn't adapt as my social anxiety was making everything harder that it really was. So I spent most of the breaks alone, playing LL, reading stories and slowly falling in love with the game. Whenever I was feeling down, like everything was too much for me, LL was there to make me happy. My best girls always popped up on the home screen at the right time, saying the right things and making me smile. I know that sounds cheesy, it does for me too, but that really was magical. I can't stress enough how much my best girls mean to me (and how much money I spent on them), how much they helped me and inspired me to become a better, more confident person.

What's gotten me into the game is also the music. Never been a fan of japanese music/language but no regretti. I've met so many amazing people because of this game that has honestly change my life for the better! And I really do hope that this game and your best girls make you as happy as they make me! 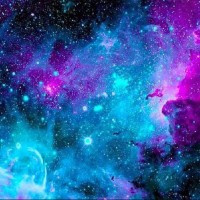 Thanks to everyone who participated and helped make this special event a success! We loved your submissions!

As promised, you all received a badge on your profile, as a thank you for participating.

And the winner is...

Selected randomly, one chance per user 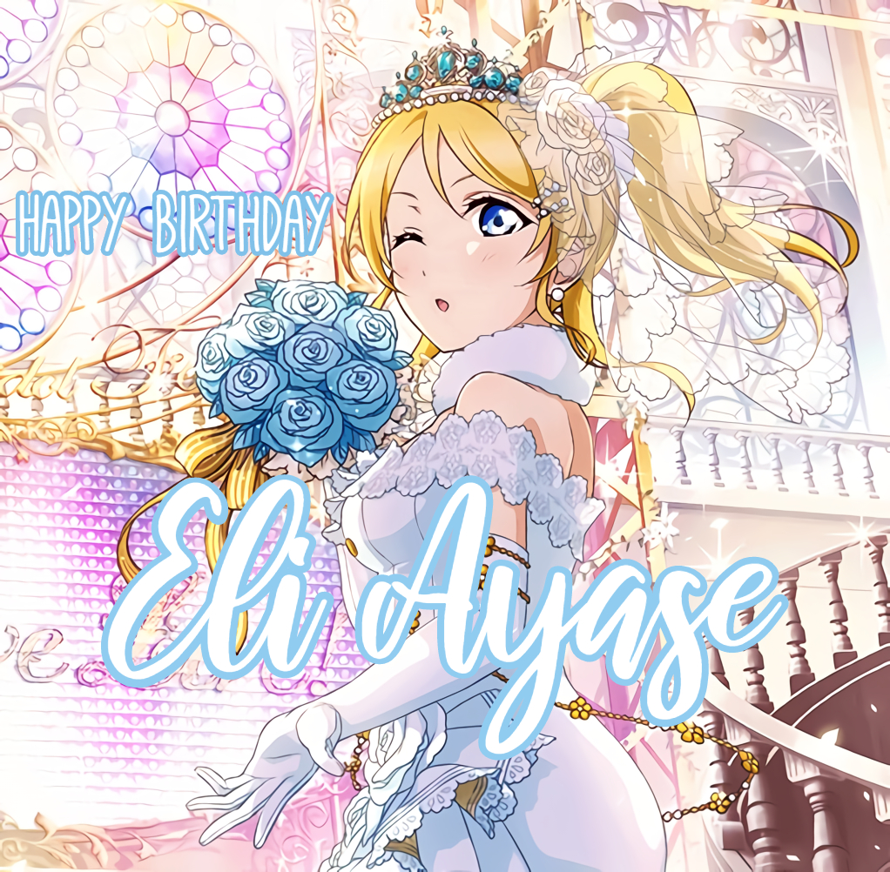 Congratulations to our winner!

These special events are made possible thanks to the support of our warm-hearted donators. If you wish to support Idol Story for both our future special events and to cover the cost of our expensive servers in which our site run, please consider donating on Patreon. 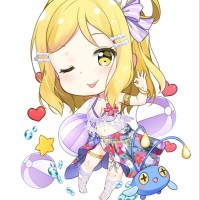 God i wish i was the floor, Mari can cha-cha slide on me any day of the week 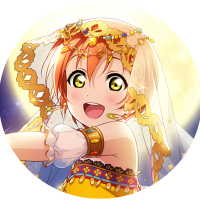 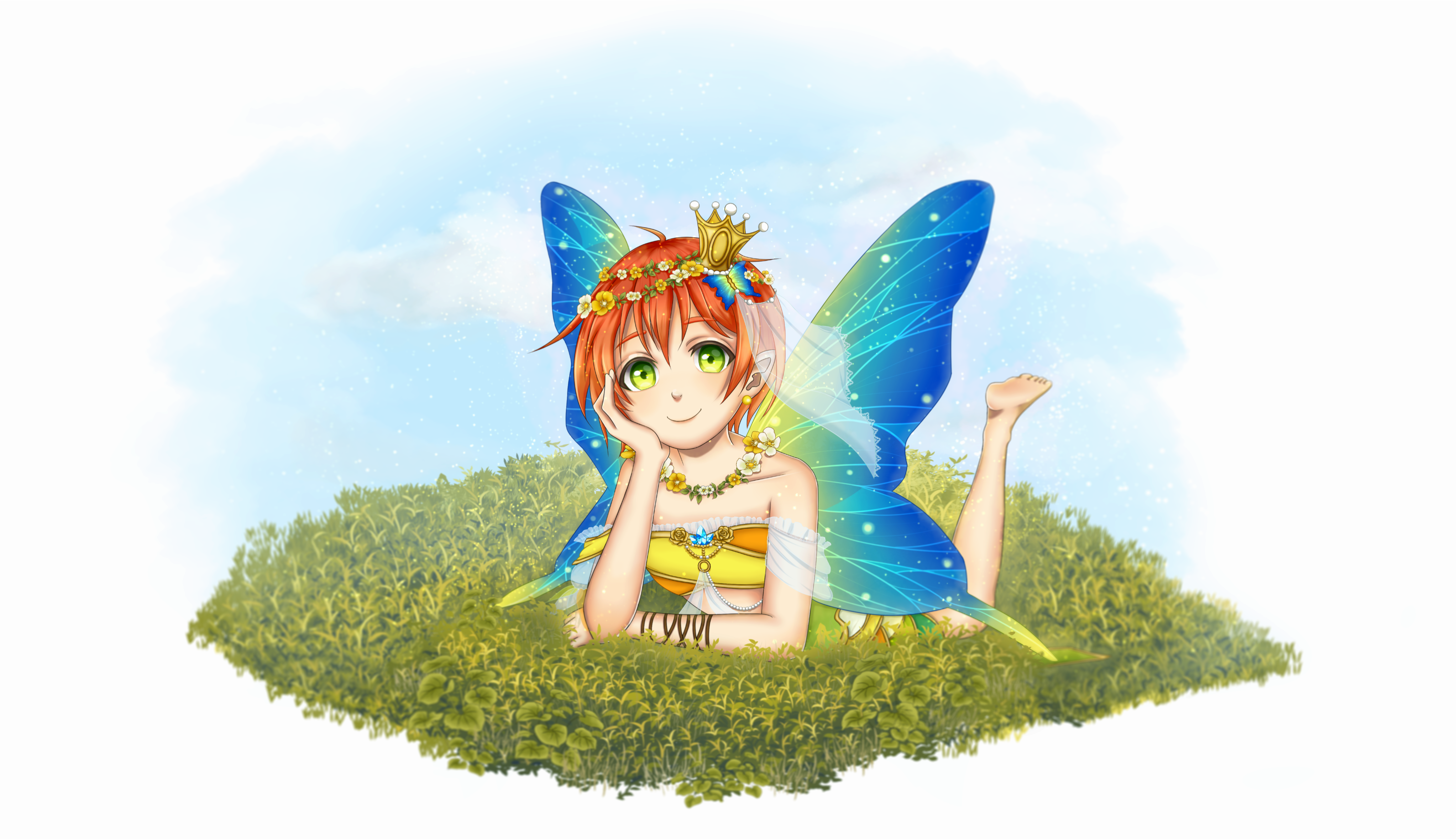 Happy birthday Rin! I love you so much. I drew this Artwork of Fairy Rin back in.. February? March? Of this year and I still really really like it. Rin is my best girl and will always be, no matter how much I suffer every year trying to scout on her birthday. She is my angel and I could never stop loving someone who has changed my life for the better to such an extent as she did. Thank you for everything Rin! I hope all your birthday wishes and dreams come true 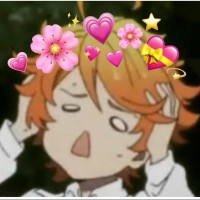 I dunno what to caption this 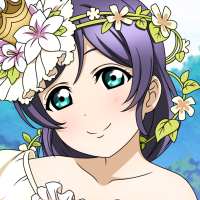 My Love Live! Story began in the summer of 2015. I was introduced to Snow Halation's PV simply because I was told I'd like the winter theme. I ended up falling in absolute love, needing to know more about the song/dance I had just finished watching. It was so serene and the song was emotional- the choreography reflected that perfectly so it carried the emotion til the end of the song. I needed to know more!

That's when I watched the anime of it's entirety. μ's seemed like a bunch of girls I wish I knew in real life. They have a chemistry that I adore to this day. Eventually I found myself singing the OP/EDs of the anime and realized "wow, I'm so into this"! I decided not to pick a favourite until I finished watching the anime, because each girl is so unique I wanted them to have decent chances of standing out.

At the end, and mostly because of her episode in season two, Nozomi became my best girl. I reflected on how similar we both are in terms of being a supporting role rather than a leader- and this being okay because we love our friends so much we want to see them grow and lead. Nozomi contributing behind the scenes for μ's stuck out to me because she named the group, and because of one contribution she made- that changed the franchise forever. She really is an example of how one person can make a huge difference. Of course, her past of not being able to maintain friendships (due to her parents moving) and coping with the loneliness, learning to keep to herself, struck a cord hard. This is just some things I saw about Nozomi in the anime alone that made me really like her. She is written in such a way that makes her very realistic, and that sense of realism makes me feel as if I can look up to her. Nozomi became my best girl, my number one girl ever, and I was determined to keep it that way~ I truly love Nozomi so much that I try my best to adore her at least in one way from all of Love Live!'s different medias (whether it be merchandise, music, the anime, manga, etc).

My goodness, I had thought it ended there. I thought that I should read the manga, and continue on as I would since I finished the anime and listened to what I thought were all the songs. I was wrong. I had Googled Nozomi to browse some fanart of her and was amazed by how some of the "fanart" looked so closely to official images. That's when I clicked on the link and discovered Schoolidolu (Sukutomo / School Idol Tomodachi). I was extremely confused. Attributes? Cards? Where did all of this come from? That's how I learned there was a game! I've been hooked ever since~

School Idol Tomodachi was a new chapter for me, and definitely is a big part of my story. In fact, I wouldn't be in this fandom without it. After discovering it, I found the community. There were ACTUAL people talking about the franchise! I didn't feel like I was the only person into Love Live! anymore! I was absolutely thrilled. I thought the first thing I should do is make some friends (which eventually took time as I felt very shy to contribute). I was content, because at the very least I had a place to track my game progress exactly how I wished.

Eventually, I asked about Discord and other social media outlets for Love Live!, and was directed into one. I made friends, and it was my first Discord server that I ever joined. It has site users in it so I was able to chat about Sukutomo, follow friends, talk about the game here and there, and so on~ I was creating friends that I had no idea would impact how I felt about Love Live! in the long run. The friendships, relationships, and love I've seen Love Live! brew within the community made me want to contribute to that positive effect. I loved it so much, I wanted to give back.

And here I am today! I joined many Love Live! centric groups, volunteered my time to some, and eventually began to make it a habit. Helping out in various communities within the franchise has helped me be able to tone my social skills, learn to handle new situations, work in a team setting and contribute valuable thoughts and ideas back to everyone who gave me so much (whether they knew it or not). Today I offer most of my spare time giving back to the Love Live! fanbase that it's become a reason I can enjoy my day sometimes. Seeing everyone so happy for whatever reason, feeling as if they have a voice that can be heard, the overall sense that loving this franchise to bits is acceptable- speaks out so much. Everyone truly matters and this franchise wouldn't be as impressive as it is without the fans carrying it so far with their passion.

Idol Story is a new chapter for my Love Live! Story, and I'm happy to embark on it with you all. Let's write this new phase of our story together and make it count~! 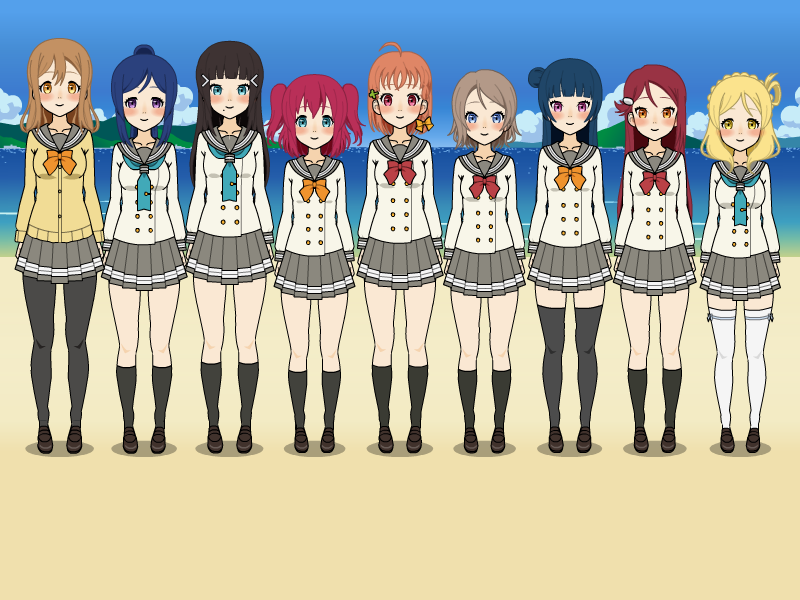 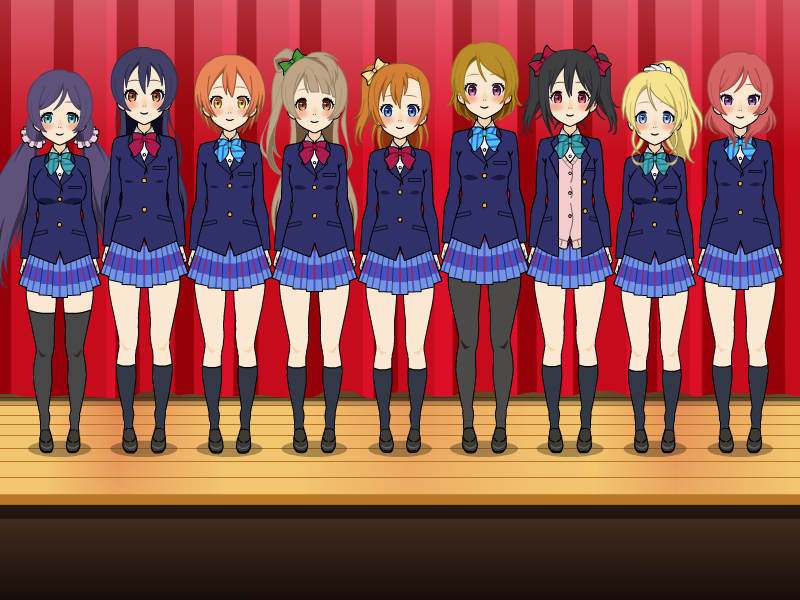 μ's and Aqours but with their Seiyuus' heights